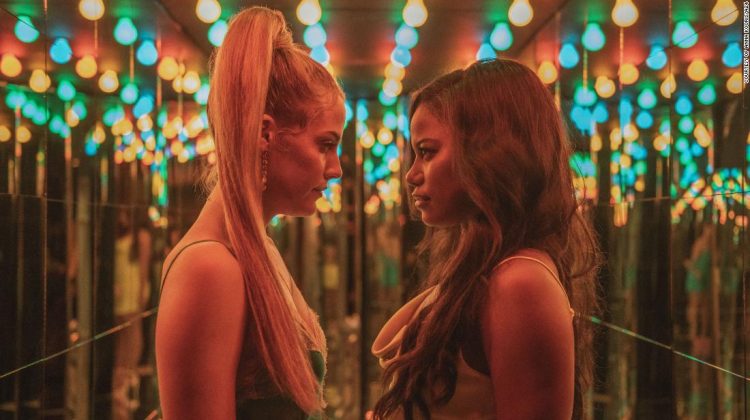 Actors Taylour Paige, Riley Keough and director Janicza Bravo recently talked to CNN about their film “Zola” and said making it was easily as fun as they hope moviegoers have watching it.

“I felt, in a way, we were at theater camp and knowing that when you all were walking away, you were gabbing the whole time,” Bravo told Paige and Keough during the interview. “I was like, oh, I made a group of friends.”

The movie follows the Twitter thread right down to the sound effects to signal when dialogue came from a tweet.

It’s been years since #The Story — as it was dubbed on Twitter — went viral and the movie has been long awaited.

Paige stars as Zola, who meets Stefani (played by Riley) at a restaurant and agrees to go on a road trip to Florida to strip in that state and make some extra money.

What follows is as funny as it can be scary and includes everything from “hoeism” to kidnapping.

And while Zola is completely the sun around which the whole crazy galaxy revolves, Paige gets to be more of a straight man to Riley’s buffonery.

“You can’t have two clowns in comedy,” Paige said. “We don’t need that.”

Keough said the script, which was co-written by Bravo and “Slave Play” creator Jeremy O. Harris, plays with stereotypes, making her White character more of the homegirl, over-the-top of the two characters.

“Janicza had written Stephanie so well that everything was kind of on the page. The way she spoke, all of the stage direction, it was very detailed right down to her baby hairs,” Keough said. “It was very much there. So, it was just about bringing her to life.”

And while it’s a film for everyone, Bravo credited Black Twitter for rallying around King’s 2015 tweets, which attracted attention from key players in entertainment, including rapper/producer/singer Missy Elliott.

“Black Twitter is, I feel solely responsible for, for what happened to the story they showed up, they stayed, they rooted for it, and they really championed it from the sidelines,” she said. “And so this movie is also very much for that space.”

Paige called the film “the collective Black sigh” after so many “microaggressions and copying and not getting credit” the Black community has had to endure.

“Zola” is released widely in theaters on Wednesday.