Sign up to myFT Daily Digest to be the first to know about Yandex NV news.

Russian internet company Yandex will pay $1bn to buy out Uber from joint ventures in food and grocery deliveries, logistics and autonomous driving.

The sale indicates Yandex, which is Russia’s answer to Google in search, is strengthening its focus on food and grocery deliveries after rapid growth during coronavirus lockdowns. Yandex is also quickly growing its online shopping and entertainment streaming offerings.

Yandex, which had nearly $3bn on hand in cash and deposits at the end of the second quarter of 2021, is one of a number of Russian companies vying to set up China-style “ecosystems.”

The idea is to leverage tech giants’ reams of user and payment data to offer users an array of different products within “superapps”. Yandex and Russia’s two largest ecommerce companies, Wildberries and Ozon, all bought small banks this year that they plan to use as platforms for expansion into financial services.

State-run Sberbank, Russia’s largest lender, meanwhile, has also invested heavily with Yandex’s biggest competitor Mail.ru in a joint venture including rival taxi and food apps Citymobil and Delivery Club, though the partnership has been on the rocks since last year after disagreements over its direction. 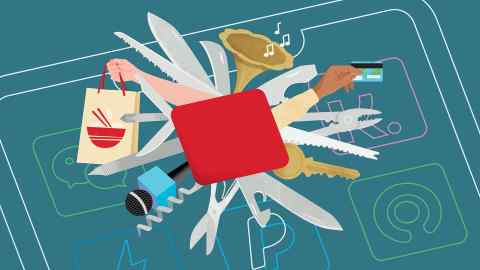 Revenues at Yandex.Eats grew 93 per cent year on year in the past quarter to Rbs8.1bn ($111m), though its losses tripled in that same period to Rbs3bn.

The unit as a whole, led by one of the world’s few profitable ride-hailing apps, had earnings adjusted for interest, tax, depreciation and amortisation of Rbs1.5bn.

The deal also gives Yandex an additional 4.5 per cent stake in MLU, the joint venture it set up when it merged its taxi business with Uber in a 2018 deal valued at $3.8bn.

The Russian company will own 68 per cent of MLU, with an additional 3 per cent set aside for its employees.

Under the deal, Yandex will also have a two-year call option to buy Uber’s remaining 29 per cent stake in MLU for at least $1.8bn, rising to as much as $2bn by the end of the period. Yandex also extended its rights to the Uber brand in Russia and a number of other countries until 2030.

The deal, which has already been approved by Yandex and Uber’s boards, is expected to close by year-end.