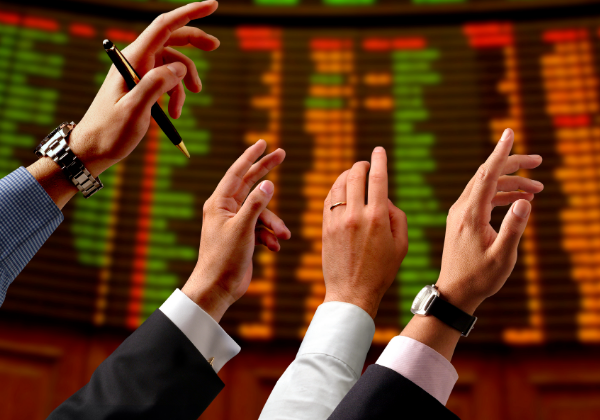 Global equity markets rose to a fresh record high on Wednesday as bond yields eased after data showed US inflation was not rising wildly.

Japan bucked the trend, with the Nikkei falling 0.4 percent as rising coronavirus cases raised doubts about an economic reopening with 100 days to go until Tokyo is scheduled to host the Olympics.

The US consumer price index rose 0.6 percent, the biggest increase since August 2012, as rising vaccinations and fiscal stimulus unleashed pent-up demand. But the data is unlikely to change Federal Reserve Chair Jerome Powell’s view that higher inflation in coming months will be transitory.

Powell is scheduled to speak later in the day at the Economic Club of Washington.

They said Tuesday’s result was “clearly being interpreted within the context of the Fed’s commitment to look through ‘transitory’ inflation impulses.”

For bond markets, the question is whether the benchmark yield can break below 1.6 percent from as low as 1.611 percent on Wednesday, they wrote.

“That has been an important technical level, which if broken could see a quick move to 1.5 percent.”

The 10-year US Treasury yield had surged from the start of the year to a 14-month high of 1.776 percent on March 30 on bets that massive fiscal stimulus would speed up a US recovery, stoking faster inflation than Fed policymakers anticipate.

But yields have eased this month, in part owing to the Fed’s insistence that labour market slack will prevent the economy from overheating.

A spate of strong auction results, including of 30-year bonds on Tuesday, has also helped to tame yields.

The decline in bond yields lifted US tech stocks overnight, including Apple Inc, Microsoft Corp and Amazon.com Inc, the top three holdings of the global benchmark.

Johnson & Johnson’s shares slid 1.34 percent after US federal health agencies recommended pausing the rollout of its COVID-19 vaccine for at least a few days, after six women developed rare blood clots. Setbacks to vaccination rollouts have raised concerns about the global economic recovery.

Earnings will be a focus on Wednesday, with JPMorgan Chase & Co. and Goldman Sachs Group Inc among the companies reporting.

The US dollar eased along with Treasury yields, slipping to a three-week low to major peers.

Gold, a traditional inflation hedge, extended its rise from the lowest in more than a week to trade around $1,745 in the spot market.

Bitcoin hit a record above $63,860, extending its 2021 rally to new heights on the day Coinbase shares are due to list in the United States.In oil markets, Brent crude futures rose 40 cents to $64.07 a barrel. US crude futures added 37 cents to$60.55 a barrel.