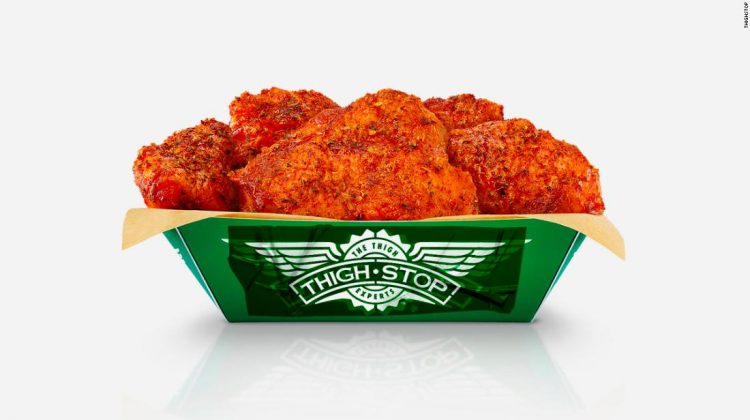 On Monday, the restaurant launched a virtual brand called “Thighstop” which serves crispy thighs, with or without sauce. The menu also includes breaded boneless versions of the product. Though the Thighstop brand is digital-only — available on the company’s website or through DoorDash but without dedicated stores — customers can order from the “Thighstop” menu through their phones at a Wingstop location, where all orders are filled.

For Wingstop, thighs are a better deal than wings.

During the pandemic, when restaurants closed their dining rooms and focused on delivery options, chicken wing sales soared. At Wingstop (WING), sales at US stores open at least a year grew about 21% in 2020. Casual dining chains like Applebee’s and Chili’s owner Brinker International (EAT) launched online-only brands selling wings to get in on the trend. Demand for the product, plus high feed costs and some supply chain constraints, have driven wing prices up.

“The [wholesale] price of wings a year ago was as low as 98 cents,” per pound, Charlie Morrison, Chairman and CEO of Wingstop Restaurants Inc., told CNN Business. “Today, it’s at $3.22. So it’s a meaningful difference.” Thighs, on the other hand, are “much less expensive,” he said, coming in at about half of what wings cost per pound today.

For customers, buying thighs will cost about the same as buying wings from the brand, Morrison said. That means Wingstop’s margins on thighs will be better as long as thighs are cheaper to buy than wings.

But Wingstop was thinking about how to introduce thighs even before prices spiked.

“If we can buy all parts of the chicken, not just the breast meat for boneless wings and the wings themselves … we can start to control a little bit more of the supply chain,” Morrison explained.

Convincing Americans to get excited about thighs might not be easy. “There’s not a big market for it,” Morrison said. Thighs just “don’t get the appreciation they deserve.”

The bulk of America’s chicken exports are made up of dark meat, including thighs, said David Anderson, a livestock economist at Texas A&M University. There’s nothing wrong with dark meat, of course — plenty of people prefer the flavor. But Americans may prefer white meat, including breasts and wings, because of restaurant trends, Anderson said. Restaurants began to serve white meat because it was easy to work with, and that in turn led to a long-standing American preference.

“Chicken nuggets, chicken strips, breaded chicken sandwiches, those just lend themselves to the breast,” he said. Breast meat “is easy to pull that off the bone,” he said. “You’ve got this great piece of meat that can be so versatile,” he explained. “That just led a whole generation of folks to [prefer] the breast meat.”

And once more Americans get a taste of dark meat, Morrison said, they’ll love it. “We think it’s going to be a big fan favorite for a long time to come.”