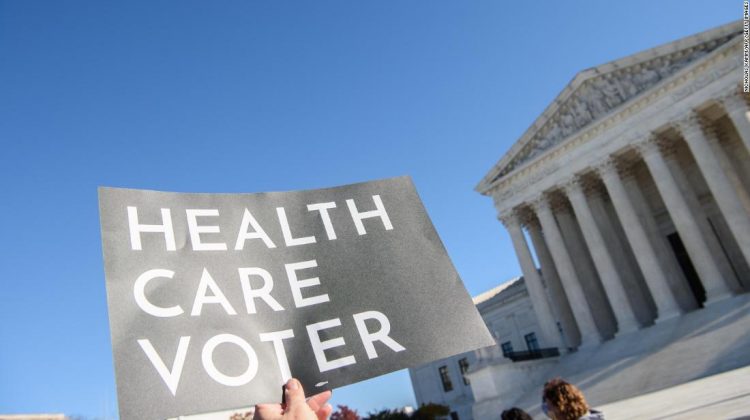 The logical conclusion you might reach from that decision is that finally, after more than a decade, the fight over Obamacare is now officially over.

Which may be true from a legal perspective. But politically speaking, Obamacare will never die. It’s a political zombie.

Why? Because whether or not the legal underpinnings of the challenges to ACA have been knocked out (they have), the law represents so much more to Republicans, politically speaking.

For the GOP base, the ACA is about a view of the country that the government is the answer to all of our problems. It’s also tied into their lingering distaste for former President Barack Obama, whose name is literally melded with the law. And a belief that the media treated Obama’s “if you like your plan, you can keep your plan” lie and the disastrous rollout (and repeated crashes) of the website allowing people to sign up for a plan with kid gloves because, well, bias.
Even 10 years removed from Obama signing the ACA on March 23, 2010 and with 31 million people receiving health care from it, Republican voters still loathe the law.
A Kaiser Family Foundation poll conducted last month showed that just 15% of self-identified Republicans approve of Obamacare while 77% disapprove. That low regard for the law has been remarkably consistent; the highest approval rating ever measured by Kaiser among Republicans for the ACA was 24% back in August 2011.
That level of distaste within the base — coupled with Trump’s repeated false assertion that he “essentially” ended the ACA — means that there will be plenty of ambitious GOP politicians over these next few years who try to find ways to resuscitate Obamacare as a political issue, whether or not the legal fight continues.
The Point: As they say in the Iron Islands … what is dead may never die.