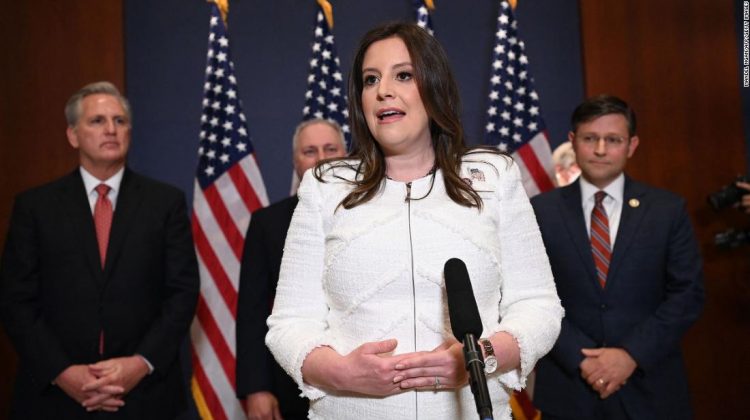 With those words, Elise Stefanik, the number three Republican in the House of Representatives, showed her party’s plan to put the origins of the pandemic at the center of next year’s midterm elections. Republicans are calling on Democratic Speaker of the House Nancy Pelosi to hold hearings on whether the virus was naturally transmitted from animals to humans or leaked out of a lab in Wuhan in China. They want to paint Democrats as defending the ruling Chinese Communist Party by not being more active in punishing Beijing for the virus.
One Republican lawmaker at a news conference beneath the Capitol Dome on Thursday laid out an important argument that explains why the pandemic’s origin is so important. “It’s been over a year. Why does it matter? It matters for public health. It matters for national security. It matters because (of) how we address the next pandemic,” said Rep. Mariannette Miller-Meeks of Iowa, who is a physician.

The question of whether Covid-19 escaped a Wuhan lab boiled among conservative conspiracy theorists for months, but recently leaped into the mainstream: President Joe Biden tasked US intelligence agencies with investigating the question, and there is scrutiny on whether the virus could have been manipulated for extra transmissibility. But there’s also a risk that politics has already corrupted investigations.

While Trump’s team did vital work in funding vaccine development, the question of how Covid-19 started hardly explains away why he denied, downplayed and politicized the virus once it reached US shores.