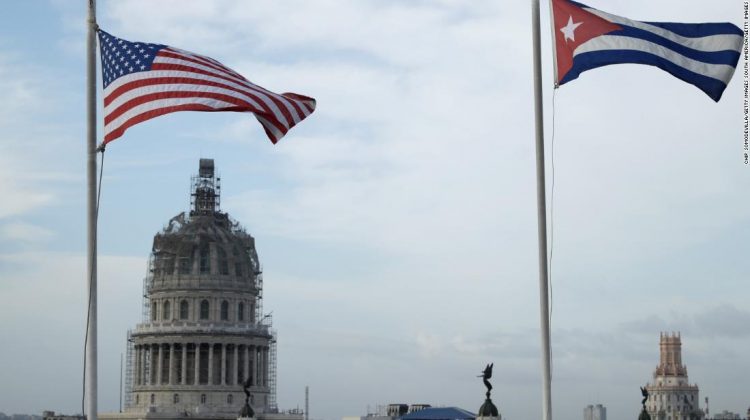 The United States will experience a diplomatic defeat at the United Nations on June 23, yet again. Every year since 1992, except in 2020 because of the global pandemic, Cuba has presented a resolution against the US embargo, which the island has endured for almost 60 years now. Only two countries have regularly voted against the resolution: the US and Israel — with Brazil joining them in 2019. In 2016, under President Barack Obama’s policy of engagement with Cuba, the US and Israel abstained from voting against the embargo. That year the island had its most flamboyant victory, with 191 countries condemning the US economic embargo.
But in 2017 President Donald Trump reversed Obama’s policy and became the most aggressive American leader in standing against the island since the US’ unsuccessful Bay of Pigs invasion under the presidency of John F. Kennedy in 1961. Trump sponsored 240 measures against Cuba, according to an Oxfam report, crowning them in his final week when he reinstated the country on the state sponsors of terrorism list. Since then, things haven’t gotten any better for Cuba in its crucial relationship with Washington.
President Joe Biden promised on the campaign trail that he would return to Obama’s policy with Havana. “I’d try to reverse the failed Trump policies that inflicted harm on Cubans and their families,” Biden said in September. As soon as he assumed the presidency, Biden rescinded, almost exorcised, dozens of Trump’s policies. But for Cuba, Trump’s policies continue to rule. Biden is a perfect follower of his predecessor’s policies towards the island, and the question is: Why?
It has been said that Biden had to deal with domestic affairs first before addressing the country’s relationship with Cuba. It has also been said that the President does not want to confront the Cuban American Republicans in Congress, and especially New Jersey Democrat Sen. Bob Menéndez, since the senator, dubbed the “last hawk on the left” by Republican lawmakers, is a close supporter of the most visceral Republican anti-Castroism sentiment.
However, sooner or later Biden will have to stop channeling Trump in his policy towards the island nation. And perhaps he has at his disposal the means to not only change his relationship with Cuba but also the correlation of political forces in “the Cuban republic of Miami,” something not inconsiderable for Biden, who lost Florida in 2020.

In February, the Cuban government expanded permissions for self-employed workers, “cuentapropistas,” to do business in more than 2,000 fields, leaving 124 exclusively for state-run companies. And earlier this month, the Cuban Council of Ministers announced that it would legislate on small- and medium-sized enterprises and self-employment, potentially paving the way for the private sector to grow and stimulate the country’s economy.

In March, the island’s government invited Cubans living abroad to invest in their country. When I heard the news, I thought about the irony behind this move: Cubans living in the US can’t invest in the island because of the embargo. However, it is true that a large part of the investments of the “cuentapropistas” come from their relatives, Cuban Americans.

Removing the trade embargo is a politically complex task since Congress would have to approve. But perhaps it is not necessary to eliminate the embargo to have an innovative and intelligent policy on Cuba.

Obama did not eliminate the embargo, but his policy allowed the issuance of special licenses for trade. If the Biden government issues special licenses so that citizens of Cuban origin can invest in Cuba, this would solve three problems: It would favor private businesses on the island, hand over the thorny issue to Cubans on both the island and the US and in Florida open the possibility for Cuban Americans to legally participate in their old country’s market.