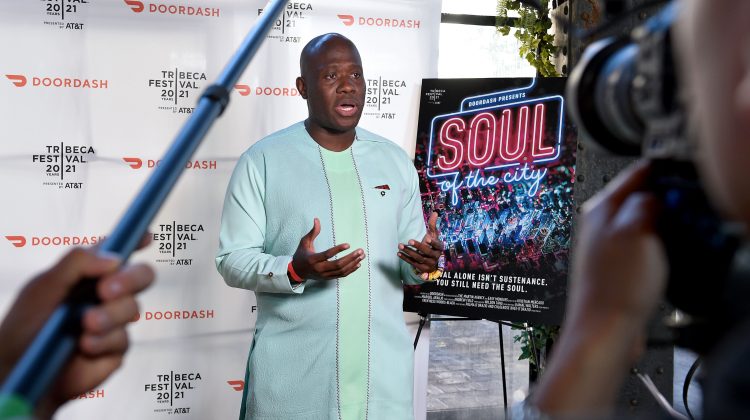 On Monday at New York City’s swanky Standard hotel, about 100 people sat around picnic tables and munched on small bags of popcorn for the screening of a short film about restaurants in the city during the pandemic, including those that had been forced to close locations.

The film was made by DoorDash, one of a number of film screenings in recent weeks that was made or sponsored by a brand.

“Brand films” aren’t a new concept, but they are gaining cachet as marketers increasingly seek ways of reaching consumers who are trying to avoid advertising, and consumers increasingly seek out brands that appear to share their values. A recent Advertiser Perceptions study found more than half of advertisers surveyed view and treat branded or sponsored content as more important now than it was before the pandemic.

This type of content is not necessarily a glorified commercial full of product placements. Notable examples include Patagonia’s documentary-style films about issues like land use, or Dove’s sponsorship of the Oscar-winning animated short “Hair Love” without any stipulations around product placement.

The recent examples are many: Last week, NBCUniversal said it was working with sponsor Target and producer Will Packer on short films from emerging Black filmmakers to run on NBCU’s channels and digital platforms. Companies like Indeed, 3M and HP showed off films this week around the Tribeca Film Festival. On Friday, top executives from brands like Google and Walmart gathered for Tribeca X, a one-day conference about the combination of advertising and entertainment, including formats like brand films. Roku, the conference’s sponsor, also just launched its own brand studio to produce creative ad formats and programming tailored for marketers.

“I think this is a huge trend,” said Tim Calkins, a marketing professor at the Kellogg School of Management at Northwestern University. “The core challenge for brands now is that it’s very difficult to reach people. The decline in television advertising has taken away one of the main ways that brands would tell their story, and help people learn about their business. And as a result, brands are looking for ways to help people understand what their brand is really all about.”

DoorDash’s film, “Soul of the City,” features New York City restaurant owners. The company had identified restaurants around the city that had been closed or were struggling due to the pandemic, then worked to help them to open. The company worked with partners including Interpublic Group‘s The Martin Agency on the film.

Before long, DoorDash VP of marketing Kofi Amoo-Gottfried said the marketing team was doing all sorts of new functions.

“There’s people on my team that were figuring out how to buy a smoker,” he said. “Things that are not marketing’s job, but it became our job.”

Though DoorDash is running paid advertising behind its film on channels like YouTube, the video contains little branding and focuses far more on the restaurateurs than itself.

“Brands, for all intents and purposes, are relatively self-serving organisms, right?” Amoo-Gottfried said. “I think the thing that’s been super clarifying for us at DoorDash… is we’ve always said we’re in business to support local economies.”

And yes, if restaurants and communities are thriving, that’s good business for DoorDash.

“If you look at the DoorDash spot, that’s not going to encourage anybody to rush out at that moment and order delivery or takeout,” Calkins said. “So they don’t drive short-term action. It’s all about the long-term brand … it’s a different sort of investment.”

But it’s an investment brands seem to be increasingly making.

“As audiences continue to change, as there continues to be a proliferation of streaming options and choice in what people watch and how people watch, brands are looking to find breakthrough ways of reaching audiences that feels authentic, because they know that that authentic connection with the brand is more powerful than than just one single tactic,” said Steven Rummer, SVP of strategy and creative partnerships, advertising & partnerships at NBCUniversal.

He said NBCUniversal’s research studies have found 81% of people are more likely to buy or use brands who help others when it’s needed most, and that 79% of consumers are more loyal to brands who prioritize communities’ well-being over business as usual.

“We have all this great research that shows the power and impact of doing these longer form brand films, or branded content and the connection that it has with actual results on the advertiser side,” he said.

Of course, this content actually has to be good, Marcus Peterzell, CEO of entertainment marketing agency Passion Point Collective, said during a panel at Tribeca X.

“It’s gotta be a great film. And if any consumers…” (he paused to twist his face into a grimace) “…because there’s a Samsung phone stuck in their face, you lose. A good film is a good film. It doesn’t matter if Sony funded it, or HP funded it. It’s still a great film.”

Peterzell used the example of 3M’s new film, “Not The Science Type,” which discusses stereotypes and how they can hurt STEM diversity, equity and inclusion. He said that there are plenty of great film ideas out there, and if a brand is the catalyzing force for making an important film happen, “that alone is a win for a brand.”

With so many options, a brand film has to be something someone will press play on, despite infinite options.

“When you think about creating content with a brand or for a brand, how do we make sure it’s entertaining first and actually content first,” said Chris Bruss, head of the Roku Brand Studio, said in a panel during Tribeca X. “If it’s not entertaining, then it can’t appropriately live on a Roku Channel or a Hulu.”

Disclosure: NBCUniversal is the parent company of CNBC.