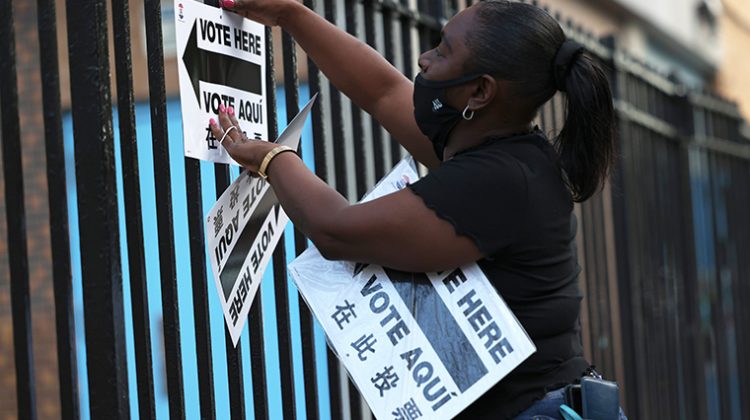 Democratic mayoral candidates Eric Adams and Andrew Yang have waged the most fierce, personal campaign-within-a-campaign of the primary. Adams led the charge of criticism after Yang revealed, early in the running, that he spent some of the worst of the pandemic in a second home outside the city, in upstate Ulster County.

So it was little surprise that Yang laid into Adams when a controversy over whether the Brooklyn Borough president actually lived in the borough he runs blew up late in the campaign. Adams tried to defuse the questions by offering the media guided tours of an apartment he owns in Brooklyn’s Bedford-Stuyvesant neighborhood, but the episode touched off a barrage of new reporting over Adams’ real estate disclosures – or, in certain cases, a lack thereof.

It’s hard to say whether the issue swayed any voters, but its brief capture underscored unresolved issues – about home and loyalty in a pandemic-leveled city – attached to the trauma of the past 15 months and, more narrowly, the bad blood between the two candidates.

That dynamic blew up over the weekend, when Yang and another democratic candidate, Kathryn Garcia, began to campaign together, with Yang encouraging his supporters to rank Garcia second. Surrogates for Adams charged that the alliance was forged out of a desire to keep a Black or Latino candidate out of City Hall. Though Adams has been less explicit himself in making the allegation, his campaign bundled remarks to that effect from prominent supporters and blasted them out to reporters.

In an appearance Monday morning on CNN’s New Day, Adams first denied that he was suggesting the alliance was racially motivated before doubling back.

“I can say this, that African-Americans are very clear on voter suppression,” Adams said, channeling his supporters’ gripes. “We know about a poll tax, we know about the fight that we’ve had historically.”

That comment appeared to draw in Wiley, who put out a sharp statement later in the morning.

“At a time when this country is seeing real voter suppression laws being enacted, using racism charges to undermine confidence in Ranked Choice Voting is cynical, self-interested and dangerous,” said Wiley, who is also Black.

Wiley went on to criticize Yang over comments he made at a recent debate about the mentally ill, which many considered insensitive or offensive, but ultimately argued that his campaigning with Garcia “is not racist and we should not be using this term so loosely against other candidates at the end of a long campaign when New Yorkers are all coming together to make important choices about our collective future.”

Garcia and Yang, who both dismissed the allegation as ridiculous, continued to appear together on the stump right up through the eve of the election.