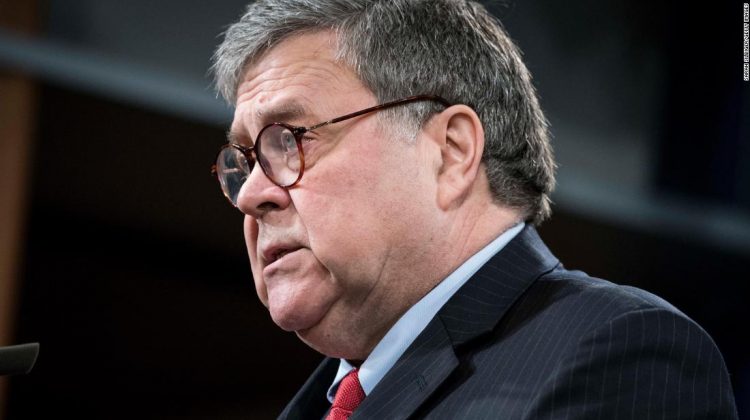 The problem for Barr is that while he’s trying to state the obvious now, while he was in office he publicly raised concerns about the voter fraud he now says it’s clear it didn’t exist.

“Barr bears as much responsibility as anybody other than Trump himself for spreading the malicious lie that ultimately resulted in the January 6 Capitol insurrection,” Honig concludes.

Barr, despite what he says now, earned his reputation as Trump’s guardian and enabler.

• He slow-walked release of the Mueller report on Russian election interference, pushing the false early impression that it exonerated the former President. It did not.
• He insisted on the Justice Department custom of presuming a president can’t be charged with a crime, which limited what Mueller could do in the first place.
• He appointed a US attorney as special counsel to review the origins of the Russia probe, placating Trump and teasing that there might have been wrongdoing when it was clear there was none.
• He rejected the Justice Department custom of not investigating election fraud allegations before an election concludes, even though he knew there was no fraud, which gave Trump’s baseless allegations oxygen.
• He allowed Trump’s allegations to fester for a month after the election before saying the department had uncovered no evidence of fraud.
• The Department under his leadership dialed back on prosecutions of former Trump aides like Michael Flynn and tried to slow publication of damaging books like John Bolton’s.
• He dispatched an army of police to use force and disperse protesters in Lafayette Square outside the White House so Trump could walk to a photo op.

BUT! Trump requires total loyalty and the line Barr would not cross — using the Justice Department to help Trump overturn the election results — drew Trump’s anger.

Barr resigned at the end of 2020 after angering Trump because he wouldn’t do more to enable Trump’s election lies.

Now we’re getting something of Barr’s side of the story, given to ABC’s Jonathan Karl in a series of interviews this spring.

Karl, in a book excerpt published by the Atlantic, writes about Trump, looking like a madman, banging on a table and referring to himself in the third person, laying into Barr after the attorney general finally said what was clear, on December 1, 2020, that there was no evidence of fraud.

The Barr described to Karl is not afraid to insult Trump to his face.

“You know, you only have five weeks, Mr. President, after an election to make legal challenges,” Barr told Trump, according to Karl. “This would have taken a crackerjack team with a really coherent and disciplined strategy. Instead, you have a clown show. No self-respecting lawyer is going anywhere near it. It’s just a joke. That’s why you are where you are.”

Believe Barr or not, how to view Trump’s enablers is a complicated equation.

Barr would not follow Trump over the cliff to actually challenging the election. But he went right up to that line.

Another character that features in Karl’s report is Mitch McConnell, the Republican leader in the Senate, who Karl writes encouraged Barr, behind the scenes, to reject Trump’s election tantrum. Rather than speak out himself (he wouldn’t do that until January), McConnell wanted to harness Trump’s power to win Senate races in Georgia even thought he clearly knew the damage Trump was doing to the republic.

McConnell ultimately spoke out against Trump at his impeachment trial. Great! But then McConnell voted to acquit him when he was impeached for inciting a raid on the Senate McConnell treasures. And he mobilized Republicans to kill a bipartisan review of the insurrection in order to help their election prospects.

McConnell is still in office and doesn’t have the luxury of essentially ghosting the former President, which is not unlike what his daughter Ivanka and son-in-law Jared Kushner have done, according to a report from CNN’s Kate Bennett and Gabby Orr, who note that Trump and Kushner, mainstays of Trump’s time in the White House, were largely absent from Mar-a-Lago during his winter stay there.
More visibly, they went on a double date with former South Carolina governor and US ambassador to the UN Nikki Haley, who has made no secret of her own presidential aspirations and frustrated Trump by questioning his handling of the 2020 election in her own series of interviews with Politico’s Tim Alberta earlier this year.

Her oscillation between defending Trump and seeming to criticize him exemplifies the difficulty of Republicans who have not mainlined Trumpism and conspiracy theory, like Sen. John Hawley, but have also not rejected it.

Republican politicians can’t just reject it since that’s the direction the party has taken, towards the “Big Lie” — not away from it. Barr may have known all along it was BS, but waiting so long to speak up helped the thing take hold.