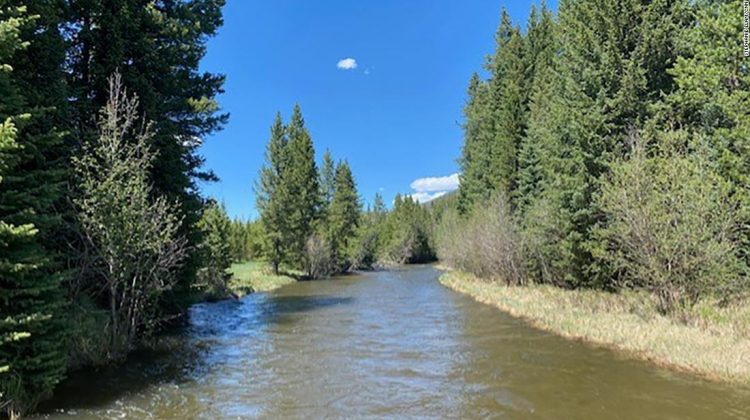 “Everyone else I’ve talked to says in 85 years, it has not been this bad,” Atkin told CNN. “We have 85 years’ worth of our own drought data that says we’ve never done this … not to this extent.”

Atkin, carrying on his family’s legacy as a rancher, operates two properties in Utah and northwest Arizona, both of which have been experiencing an extended severe drought.

“In the last 15 months combined, we’re barely at 3 inches,” he said of precipitation, adding that the expected rainfall should be closer to 12 inches during that time.

Millions in the West have been plagued by historic drought for months. The entirety of California, Oregon, Utah and Nevada are in drought, according to data from the US Drought Monitor, as are 88% of areas across all Western states. At no other time in the past 20 years has the drought been this extreme. Scientists say its unrelenting nature is being exacerbated by manmade climate change.

For Atkin, this drought has been negatively impacting his business operation for nearly two-and-a-half years, adding that there has not been a significant monsoon — an annual period of summer rainfall in the Southwest — during that time.

“The monsoon for us is what makes it or breaks it,” he said. “It was a dry winter and spring, so we’re hoping for a good monsoon this year. If not, I can’t go three years with no monsoon.”

If the dry conditions continue, Atkin said his business situation will only worsen.

“It becomes unprofitable to feed cows that long,” he said. “It just gets to a point where it doesn’t make sense to do it anymore.”

Atkin said he even considered transferring his cows to other states such as Texas, Wyoming, South Dakota or Tennessee, but there’s no way he can make that move profitable. He added that he already either sold or moved about 80% of his cattle.

“Hay is now getting so expensive because everyone is in the same boat,” he said.

And that boat also includes Lake Mead, a Colorado River reservoir which straddles the Arizona-Nevada state line, about 35 miles southeast of Las Vegas.

The lake, which is formed by the Hoover Dam, is at its lowest water level on record since the reservoir was filled in the 1930s. Roughly 25 million people rely on Lake Mead’s water, and the Colorado River provides drinking water to more than 40 million people in Arizona, Nevada and parts of Mexico.
The US Bureau of Reclamation projects Lake Mead’s water levels will continue to decline, leading to potentially its first-ever water shortage.

The water line at the Hoover Dam is currently more than 150 feet below its highest point, according to Michael Bernardo, the operations manager for the lower Colorado Basin River. The dam has not been this low since it was filled in 1937.

“We’re in a 22nd year of a historic drought. Only five years over the last 20 years have seen above-average inflow,” Bernardo told CNN.

The dam is a critical part of infrastructure for the region, generating electricity for residents of Arizona, California and Nevada. Bernardo added that although the dam will remain functional, it is expected to hit its first shortage.

“Currently our projections show that we’re gonna end this calendar year around elevation 1,065 [feet above sea level] — that’s about 10 feet below the level one shortage trigger,” Bernardo said. “So we are anticipating the lower basin to be the first ever shortage condition in history.”

CNN meteorologist Brandon Miller described the drought as a “vicious cycle” in which drought leads to less evaporation, which leads to fewer clouds and more sunlight, resulting in more heat and evaporation.

“Climate change is clearly playing a role, as recent years have all been among the hottest in history. The warmer temperatures are driving that vicious cycle, and making it harder for normal or even above-average rainfall years to make a dent in the drought,” Miller said.

For Atkin, the historic drought may lead to a significant change in how he does business, he said.

“At this point, we’ll have to change our complete business model, completely different than how we’ve operated the last 85 years,” he said. “Last year, I had a really hard time with it. But I kind of got to a point where I now know there’s nothing else I could’ve done. I’ve hauled water like we’ve never hauled before. I’ve bought hay like we’ve never bought before … It is what it is. I can’t control Mother Nature.”