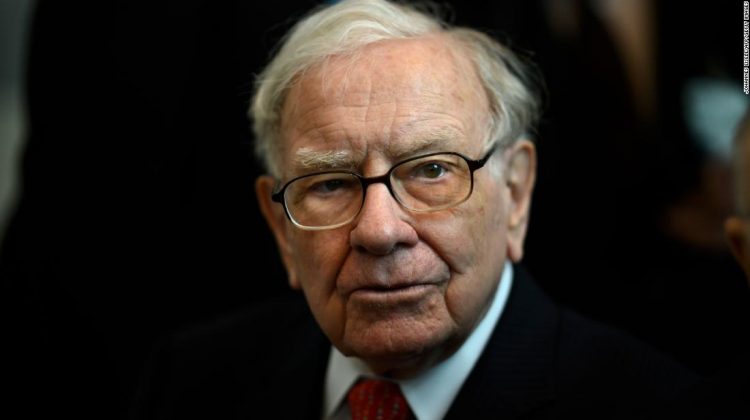 In a statement, Buffett didn’t specify why he’s leaving the foundation, but noted he has already resigned from all corporate boards other than Berkshire Hathaway’s. Buffett added that the foundation’s new CEO, Mark Suzman, is an “outstanding” selection and has his “full support.”

“My goals are 100% in sync with those of the foundation, and my physical participation is in no way needed to achieve these goals,” Buffett wrote.

Buffett and Bill Gates are close friends. His announcement comes about a month after Bill and Melinda Gates announced their divorce and subsequent reports about Gates’ improper behavior with Microsoft employees decades ago.

The Bill & Melinda Gates Foundation was created in 2000, and it is funded by the couple’s personal wealth as well as several other Gates family foundations and a gift pledged by Buffett. Since 2000, the foundation has spent nearly $54 billion on a wide range of initiatives related to global health, poverty alleviation and, more recently, the global rollout of Covid-19 vaccines, according to its website.

The foundation announced shortly after the divorce bombshell that there will be “no changes to their roles or the organization are planned.”

Buffett’s resignation announcement was part of a larger statement about his philanthropic goals, in which Buffett noted that he recently pledged $4.1 billion worth of Berkshire Hathaway (BRKA) shares, putting him halfway toward his goal of giving away 99% of his net worth. He announced in 2006 that he was giving away all of his company shares through donations. He has 238,624 Berkshire shares remaining.
Buffett said that Wednesday’s announcement is “no swan song” for him, despite recently naming a successor.

“I still relish being on the field and carrying the ball. But I’m clearly playing in a game that, for me, has moved past the fourth quarter into overtime,” Buffett wrote.