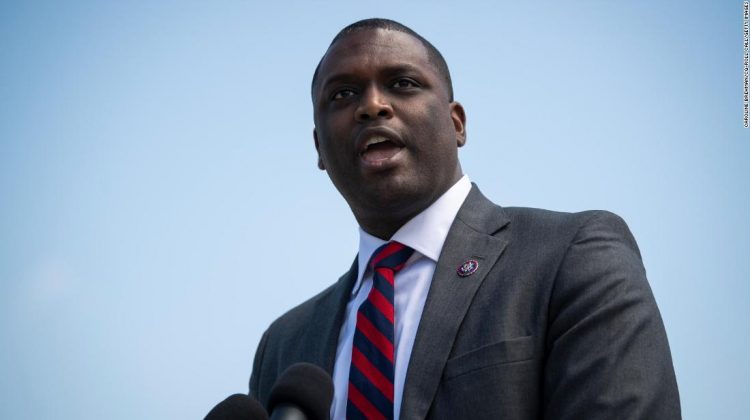 “I do think it would be a mistake to not give it another try. Personally, I believe even with the resistance in our own caucus to ending the filibuster, I think the filibuster’s days are numbered,” Democratic Sen. Martin Heinrich of New Mexico told CNN. “Nothing makes that case better than the abuse of voting rights we are seeing.”

Progressives in the Senate on Tuesday night called of President Joe Biden to directly get involved, wishing he would use the bully pulpit to make the case.

“I can’t imagine having a vote in the House on an infrastructure bill, before resolving the issue of whether we will continue to have a democracy,” said Rep. Mondaire Jones, a freshman Democrat from New York.

Democratic Rep. Jamaal Bowman, also of New York, said on CNN that House progressives like him are ready to assert their power, especially if the Senate continues to remain a roadblock to the progressive agenda.

Many progressive members have already expressed issues with the bipartisan infrastructure plan. They want a much bigger bill that encompasses a much broader definition of the policy. They don’t feel compelled to extend themselves to vote for a package that doesn’t include their priorities when their key policy proposal on voting rights is going nowhere and the President himself isn’t doing enough, in their estimation, to turn the legislation into a reality.

“I think it’s demonstrably clear that (Biden) hasn’t done a lot. This is someone who has all the resources available to him as the most powerful person in the world to rally members of his own party to at least make an exception to the filibuster for purposes of saving our democracy,” Jones said. “And instead, the media and the work of a number of senators has been focused on a bipartisan infrastructure package.”

House Progressive Caucus Chairwoman Pramila Jayapal, a Washington Democrat, pushed back on the notion that progressives would withhold their vote on an infrastructure deal to move the voting rights legislation forward.

“In this business, as you know you, it’s difficult sometimes to tie totally disparate issues to each other,” she told CNN. “Each of these issues has different concerns associated with them, so we’re not tying the two together, but clearly you see the patience running out of many people, not just progressives, but people across the country who want to see movement and haven’t been seeing movement.”

‘He needs to be a lot more vocal’: Progressives view Biden’s role

With the pressure of campaign promises and the not so distant midterms looming, Democrats are split over a clear next step to keep the issue in the spotlight. While more moderate Democrats are holding out hope that an outside public pressure campaign can create the change they need, many House progressives feel the time is running out to get this legislation across the finish line and are voicing frustrations that Biden is not doing enough.

“Has the White House described voting rights and saving our ailing democracy as it as its top priority?” Jones asked. “I wasn’t aware of that, and I think actions speak louder than words. I have seen tremendous discussion of infrastructure and on a bipartisan infrastructure bill, but very little discussion, aside from the two minutes the President devoted during his speech on the Tulsa race massacre, to the foundational importance of passing ‘For The People.’ ”

Jones is not alone in his critique of Biden’s limited public support for voting rights.

Bowman characterized Biden’s role so far in this process on CNN by saying, “He’s not absent, but he needs to be a lot more vocal and a lot more out front.”

White House Press Secretary Jen Psaki disputed Bowman’s claim that the President has not done enough to spotlight voting rights legislation telling CNN’s Phil Mattingly on Tuesday: “Those words are a fight against the wrong opponent.”

Psaki further defended Biden’s actions on the issue outlining that the President has been having private phone calls, holding meetings with key senators like Manchin, putting out executive orders and nominating Department of Justice nominees who will advocate for the right to vote.

“I would say that’s hardly being silent. That’s hardly sitting on the back bench, and we are — he will be standing with advocates in this fight for the foreseeable future,” Psaki said.

With Vice President Kamala Harris, who Biden has tapped to lead this effort, Psaki said that the White House will engage with voting rights groups, legislators around the country who want to expand access to voting, and continue to fight for legislation on the federal level.

“So, this fight is not over,” Psaki said. “No matter the outcome today, it’s going to continue.”

Fight turns to the filibuster

The frustration from progressives stems from a clear disagreement within the party over how to pass this signature piece of legislation and whether abolishing the filibuster is the answer.

“I think the time for getting rid of the filibuster came a long, long time ago,” Warren said.

“The people did not give Democrats the House, Senate and White House to compromise with insurrectionists. Abolish the filibuster so we can do the people’s work,” House Rep. Ayanna Pressley of Massachusetts tweeted Tuesday ahead of the Senate vote.

Jones said, “I think other members of the House and Senate will increasingly make their frustration towards the White House (known) because it’s clear that private conversations are not getting to them.”

For Bowman, not delivering on voting rights could be part of what costs Democrats their majority.

“The American people have sent us here to deliver. If we deliver, we maintain power in 2022. If we don’t, and we show that inability to deliver, then we risk losing power, and risk this moment in American history, to really push a progressive, Democratic agenda,” he said on CNN.

But while progressives are getting antsy, rank and file Democrats aren’t ready to take dramatic action quite yet. They believe West Virginia Sen. Joe Manchin‘s decision to vote to move the legislation forward is a sign that there is still an opportunity to pass the legislation with only Democratic support.

“In the next round we can start to have very robust, productive conversations among Democrats as to what are the contours of a final package will look like that Democrats can get behind, and then what is the process for getting that over the finish line,” said Rep. John Sarbanes, a Democrat from Maryland.

The power of outside pressure

Even though Manchin and Sen. Kyrsten Sinema from Arizona remain entrenched in their opposition to ending the filibuster — even for voting rights — Democrats like Sarbanes remain hopeful that pressure will only build, forcing them to change their minds.

“The pressure is not going away, particularly from the outside,” Sarbanes said. “They’re not going to let this go and they are going to continue to not let this go. Because they understand that this is a historical moment.”

Rep. Nikema Williams, who holds the House seat of civil rights legend John Lewis, emphasized the role that outside pressure can play in keeping the spotlight on voting rights.

“I don’t think voting rights are going to fall off the radar over the summer,” Williams said in a statement to CNN. “We are seeing more and more people, as people are vaccinated and the world is opening back up, engaging on the ground. We’ve seen advocacy groups doing stops across the country in key states and coming up to DC this summer. Grassroots advocacy, vocal leadership in The White House and the work of my congressional colleagues to strengthen voting rights legislation will continue to elevate voting rights in our national conversation.”

Williams, who was part of a group that met with Harris in Atlanta last week to discuss voting rights, outlined how the state of Georgia should serve as a reminder how fragile yet crucial voting rights are.

“At home in Georgia, we fully understand our power,” Williams said, referencing two Senate runoffs races that went to Democrats in January and handed the party back control of the US Senate. “None of the committee chairs, or leadership in the Senate would have their positions had it not been for the two Georgia senators joining them in January. I will continue to elevate the voices of the people, and we won’t allow a procedural rule keeps us from free and fair access to the ballot.”

Our Revolution Executive Director Joseph Geevarghese, who outlined that a recent survey of the organization’s members found voting rights to be the top priority, said on organizing call Monday night to over 7,000 people, “This is our call to action” and pledged a nationwide mobilization effort on the issue.

The built up angst among progressives will definitely affect how Democrats chart out their effort to deliver on the agenda they campaigned on.

But Sarbanes argued the angst from progressives is just part of the process and believes that the White House is just beginning the fight over voting rights.

“The Democratic Party is a beautiful thing because it’s got a lot of different voices that are weighing in on different issues on any given day. I think collectively, there’s determination to get a lot of good policy across the finish line,” he said.

“I would expect to see the temperature go up across the board, including from the White House, facing outward and whatever conversations they may be having behind the scenes,” he added. “This is very much an all hands on deck moment for people who care about of our democracy.”