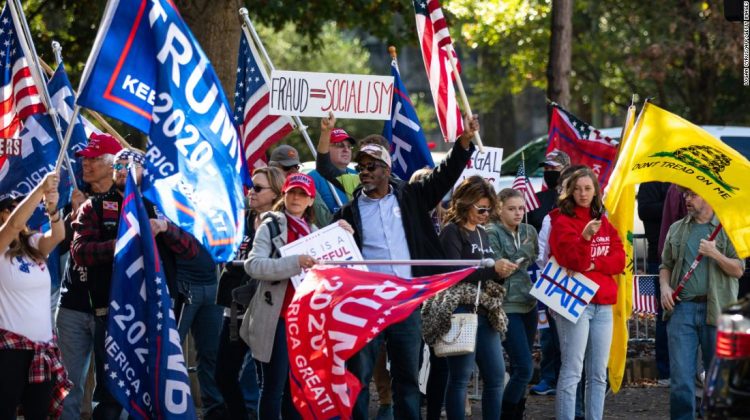 Here’s why: 32% of respondents in that poll said that President Joe Biden only won the 2020 election “due to voter fraud.”

Guess what percentage said that Biden won only because of election fraud in the November 2020 Monmouth poll? Answer: 32%.

The consistency of belief that Biden won solely because of fraud speaks to the fact that one-third of the country simply cannot be reached by facts — no matter how often they are presented by the mainstream media.

Why, then, do nearly one-third of Americans simply ignore or not believe these facts — despite an abundance of evidence that makes their truth plain? Two reasons, mainly:

1) Conservative media — Fox News, Newsmax, OANN, talk radio — simply doesn’t acknowledge these facts. (There are obvious exceptions, like FNC’s Chris Wallace.) And those same outlets treat ridiculous “recounts” like what is happening in Arizona as credible, casting them as potentially overturning the election.

2) The hatred and mistrust of the mainstream media — fueled by Trump — within the Republican base means that if CNN says the sky is blue, the GOP base will argue until their last breath that it is green.

Whatever the reason, what we are witnessing here is a remarkable abnegation of fact. A sacrifice of the truth at the altar of partisanship. A direct — and ongoing — threat to democracy.

The Point: If you believe January 6 was an isolated incident that could never happen again, go back and read this from the top. One-third of our fellow Americans believe the election was stolen from the rightful winner — and refuse to acknowledge facts that directly undermine that fantasy. That’s a recipe for disaster.