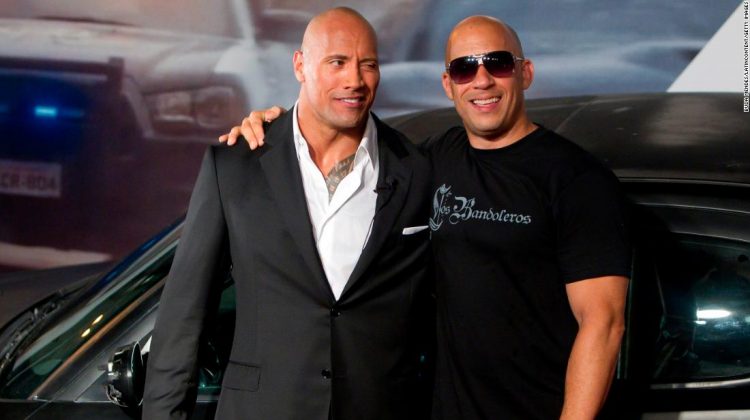 In an interview with Men’s Health, Diesel offered up his explanation as to why he and his former “Fast & Furious” franchise co-star had a falling out, something Johnson had addressed publicly back in 2018.

According to Diesel, as a producer for the franchise he had to take a hard stance with Johnson who played Luke Hobbs.

“It was a tough character to embody, the Hobbs character,” Diesel told Men’s Health. “My approach at the time was a lot of tough love to assist in getting that performance where it needed to be. As a producer to say, Okay, we’re going to take Dwayne Johnson, who’s associated with wrestling, and we’re going to force this cinematic world, audience members, to regard his character as someone that they don’t know — Hobbs hits you like a ton of bricks.”

“That took a lot of work. We had to get there and sometimes, at that time, I could give a lot of tough love,” he said. “Not Felliniesque, but I would do anything I’d have to do in order to get performances in anything I’m producing.”

In 2016 Johnson posted a photo on his verified Instagram account — which he has since removed — in which he talked about filming “The Fate of the Furious” and wrote “Some (male co-stars) conduct themselves as stand up men and true professionals, while others don’t.”

That set off buzz that he was talking about Diesel.

Johnson also posted a clip from filming on Instagram and wrote, “You guys reading this know how much I believe in the idea of TEAM EFFORT. That means respecting every person, their time and their value when they step on to my set or partner with our production company. And like with any team – that’s a family – there’s gonna be conflict.”

“Family is gonna have differences of opinion and fundamental core beliefs,” Johnson continued. “To me, conflict can be a good thing, when its followed by great resolution.”

He talked to Rolling Stone in 2018 and said “Vin and I had a few discussions, including an important face-to-face in my trailer.”

“And what I came to realize is that we have a fundamental difference in philosophies on how we approach moviemaking and collaborating,” he said. “It took me some time, but I’m grateful for that clarity. Whether we work together again or not.”

Johnson went on to star in the 2019 spin off “Fast & Furious Presents: Hobbs & Shaw,” but does not appear in the new film “F9” which is out Friday.

CNN has reached out to reps for Johnson for reaction to Diesel’s comments.