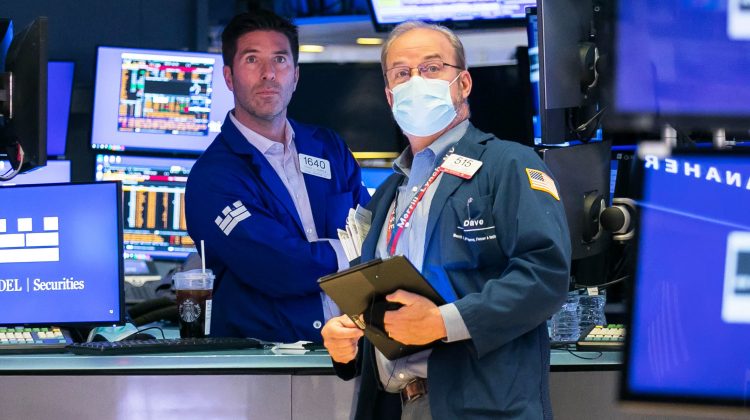 As the S&P 500 notches record highs despite the backdrop of potential monetary tightening and the new delta Covid-19 variant, veteran investor David Roche says investors should be wary of the bubble bursting.

The flagship U.S. stock index on Friday chalked up its strongest week since February, despite the rapid spread of the highly contagious new variant and lingering concerns over whether the U.S. Federal Reserve will be forced to scale back its unprecedented stimulus program sooner than planned, with inflation running well above target.

“These things always come to an end, and it’s very hard to say what the catalyst that will bring it to an end will be. It could be another Covid variant, at the moment I think that is fairly unlikely,” he said.

“The most likely [catalyst] from my view is that the Fed actually is forced to stop giving a double message and starts having to talk quite seriously about the days of additional monetary stimulus and financing of budget deficits [being] over,” he said.

While some Fed officials have indicated a need to bring forward the conversation about tapering the central bank’s asset purchase program, Chair Jerome Powell moved to soothe the markets by suggesting the projections be taken with a “big grain of salt.”

Roche suggested the spread of the delta variant was unlikely to be the trigger for pent-up consumer savings to be withheld and for markets to pull back.

“With regards fiscal stimulus, the likelihood is that the combination of excess savings in both the housing sector and in the corporate sector, plus the fact that there will be more stimulus coming down the line, will keep people fairly optimistic about growth,” he said.

Along with the unprecedented fiscal stimulus already in place to support the economy through the pandemic, a bipartisan group of lawmakers closed a deal on infrastructure spending on Thursday. The framework will include $579 billion in new spending to improve the country’s roads, bridges and broadband.

“Can all this be upset by consumers being scared? The answer is yes it could, if particularly this new variant — the delta variant — were to actually get traction in the United States,” Roche said.

However, he suggested that while countries like Russia, Indonesia, the Philippines and Portugal are looking at a spread that will be much harder to contain, major developed markets should be able to escape.

“This delta variant in developed markets has really hit hardest in the U.K. and outside the U.K., I would say it is still under control, so I don’t yet see that as a major threat to consumers spending their excess savings,” Roche added.