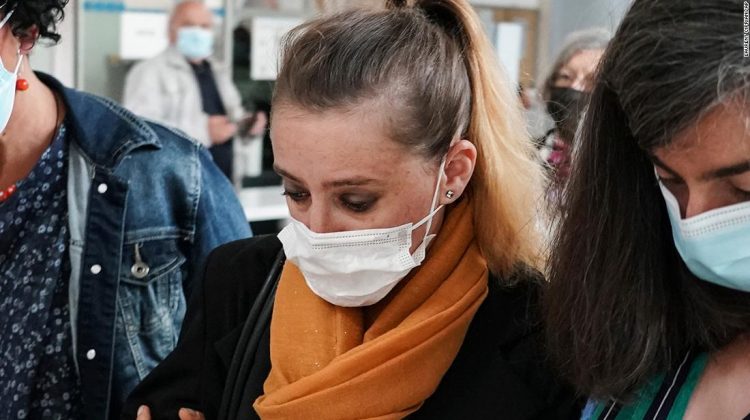 The prosecution has asked for a sentence of five years in prison for Valerie Bacot, with four years of the term suspended, a lawyer for the accused said.

If confirmed, Bacot would walk free, as she has already spent a year in detention, the lawyer, Nathalie Tomasini, explained to French media.

Bacot has admitted to shooting Daniel Polette in 2016. She previously referred to him as her stepfather before they married.

Polette had started raping her when she was only 12 or 13, according to court documents. At that time he was her mother’s boyfriend; he later became Bacot’s husband and father of their four children.

Tomasini told CNN’s French affiliate BFM on Friday that she was “about to plead leniency” and was not expecting this “at all.”

“Because she was in detention for a year, she would not be going back if the jury and the court follow the opinion of the prosecution,” the lawyer added.

After Bacot fainted, emergency services attended the courtroom in Chalon-sur-Saone, eastern France. The session will resume when Bacot is well enough, Tomasini said.

In her bestselling book “Tout Le Monde Savait” (“Everyone Knew”), published in May, Bacot, 40, said Polette, 25 years her senior, first raped her when she was 12 years old, impregnated her at 17 and went on to abuse her over the course of 18 years.

“I simply wanted to protect myself. Protect my life, the life of my children. In my eyes, nothing else ever mattered,” she wrote in her autobiography.

The trial has shone a light on the lack of support for victims of incest ​and domestic violence in France. A petition seeking Bacot’s freedom, launched by a support group in January, has gathered more than 705,000 signatures.

In her book, Bacot ​said she should be punished. But she argued that killing Polette was the only way to protect herself and her children from a man who had made her life “hell” from the time he first raped her until she shot him dead in 2016.

“I am not only a victim. I killed him; it is only normal that I should be punished. But if my sentence is heavy, that will mean to me that he had the right to behave the way he behaved with me,” Bacot wrote. ​

This February, accusations of abuse from within a prominent French family prompted a national reckoning about incest in France, and legislative changes were made, including outlawing sex with children under the age of 15​, and making incest when the victim is under 18 a crime of rape.