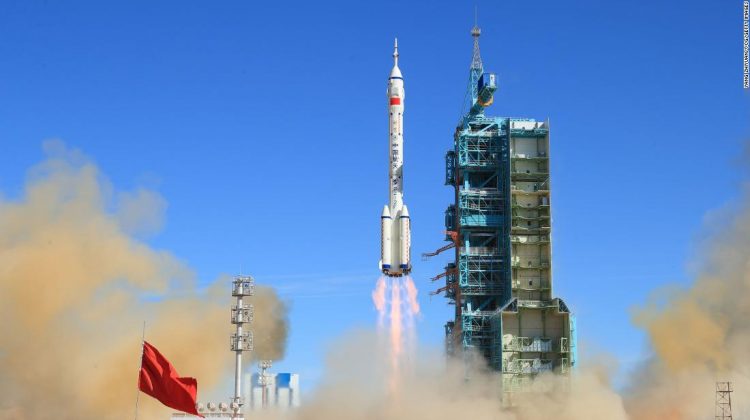 When it comes to the intensifying rivalry between the United States and China, the sky is by no means the limit.

As the two countries jockey for economic, technological, geopolitical and even ideological superiority on Earth, space has become a natural extension — and crucial frontier — in their great power competition.

And due to the inherent dual-use nature of space technologies, what’s at stake extends far beyond mere scientific prestige and global standing. In addition to national defense, so much of our life on Earth — from digital communications to navigation — depends on satellites in space.

Following the demise of the Soviet Union’s space program, the US has enjoyed a period of unparalleled leadership in space. But in recent years, US observers and politicians have warned that America’s dominance could soon be challenged by China’s fast-growing space capabilities.

That concern has only deepened with a series of important and high profile Chinese achievements: In 2019, it became the first country to land on the far side of the moon; last year, it successfully put into orbit its final Beidou satellite, setting the stage to challenge the US Global Positioning System (GPS); and last month, it became the only country after the US to put a functioning rover on Mars.

That particular breakthrough prompted NASA’s new administrator Bill Nelson to warn against American complacency in face of China’s space ambitions. At a House hearing last month, he held up an image taken by the Chinese rover on Mars, called China “a very aggressive competitor,” and lobbied Congress to fund NASA’s plans to bring humans back to the moon.

Despite its advancements, China’s space technology is still lags behind the US. But China’s space program is flush with political and monetary support from the ruling Communist Party, which views its success as a key measure of its intentional standing and domestic legitimacy.

Last week, US-China competition in space entered a new phase when three Chinese astronauts arrived on the country’s still-under-construction space station for a three-month stay. The only other space station in orbit is the International Space Station (ISS), a US-led collaboration with Russia, Europe, Japan and Canada.

For the past 23 years, the ISS has been visited by more than 200 astronauts from 19 countries — except China. Since 2011, NASA has been effectively banned from cooperating with China, after Congress passed the Wolf Amendment due to espionage-related concerns.
That exclusion has at least in part spurred Beijing to build its own space station, the Tiangong, which is expected to be completed by the end of next year — two years before the ISS is scheduled to be decommissioned in 2024. If the US and its international partners do not decide to extend the ISS’s operational life, China’s Tiangong space station may soon become the only crewed outpost in orbit — one that NASA astronauts are barred from joining by US law.

While the ISS was primarily a US-Russian venture born out of the ashes of the Cold War, China’s Tiangong is being built amid talks of a new Cold War. And it is likely that in the years to come, alliances in space will increasingly mirror the geopolitical lines on Earth.

Already, Chinese space officials have made clear they wish to welcome foreign astronauts aboard its space station upon completion. China is also joining hands with Russia to build a joint research station on the moon’s south pole by 2035 — a facility that will be open to international participation.
The US, meanwhile, is building its own international coalition to establish basic principles for safe and responsible lunar explorations. The Artemis Accords, released by NASA in May last year, have been signed by 12 countries, including the US and key allies such as Britain, Australia, Canada, Japan and South Korea.

Neither China nor Russia is a signatory.

Reliving “red” memories: A group of visitors wear Chinese Red Army uniforms while visiting China’s revolutionary museum in the city of Hong’an on Sunday. Hong’an, a former revolutionary base of the ruling Communist Party, is one of the so-called “red sites” that have surged in popularity in the lead-up to the Party’s centenary on July 1.

Australia is taking its trade fight with China up a notch.

The country this weekend said it is lodging a complaint with the World Trade Organization over Beijing’s decision to slap massive duties on Australian wine.

While Australia’s trade and agriculture ministers said the country “remains open to engaging directly with China to resolve this issue,” they added in a Saturday statement that the government would “continue to vigorously defend the interests of Australian wine makers.”

China’s Ministry of Foreign Affairs did not immediately respond to a request for comment.

It’s not really clear that the complaint will get Australia what it wants. Such disputes can take months to resolve, and prior WTO rulings have often been difficult, if not impossible, to enforce.

In December, Australia asked the WTO to review China’s tariffs on Australian barley, which is still under review.

But the wine duties — which range from 116% to 218% — are clearly causing massive pain for the country’s winemakers. China is their top export market, and some winemakers have already bemoaned to CNN Business the hundreds of thousands of bottles left piled up on pallets in their warehouses.

“It’s hurting us dramatically,” South Australian winemaker Jarrad White told CNN Business earlier this year, before the duties became permanent. “We had a lot of supplies that needed to be paid for and all these orders that were planned to shift, so it’s left us in an awkward situation.”

Wine comprises just a tiny fraction of what Australia trades with China. The industry accounted for less than 1% of the total value of Australia’s exports to China in 2019, according to the Observatory of Economic Complexity.

But as tensions between the two countries remain high, the plight of winemakers in Australia has come to symbolize the collateral damage from the escalating trade dispute.

Hong Kong is seeking ‘greater integration’ with mainland China, but at what cost?

On Sunday in Beijing, Hong Kong’s chief executive Carrie Lam said she wanted to build on the city’s reputation as a global financial hub through greater integration with mainland China, thanking the Chinese government for helping to restore “stability” in Hong Kong.

But many question whether that so-called stability has come at too great a cost.

Since the passing of national security legislation in June 2020, Hong Kong has seen mass arrests of pro-democracy politicians and journalists, eroding the city’s formerly high degree of autonomy from Beijing.
The city’s highly-popular, anti-Beijing tabloid, Apple Daily, is reportedly on the brink of collapse after the paper’s bank accounts were frozen under the national security law. The move follows a police raid on the newsroom last week, in which senior editors and executives were arrested and journalistic materials seized.
At the same time, there has been a steady clampdown on civil liberties. On Sunday, for the first time in 18 years, Hong Kong’s Civil Human Rights Front announced it would not hold its annual July 1 protest, saying police were likely to deny them permission to hold the event.
And in a sign that Hong Kong is no longer seen as a safe space for dissent against Beijing, Taiwan announced it will remove all non-local staff from its office in the city. Taipei accused the Hong Kong government of demanding their Taiwanese staff sign a document acknowledging Beijing’s claim over the self governing island as a prerequisite for visa renewals.