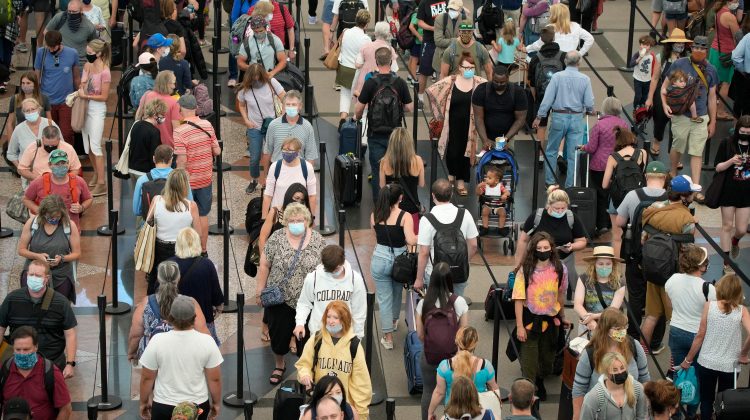 The Delta variant, or the B.1.617.2 first identified in India, is one of the variants overtaking the Alpha, or B.1.1.7 variant first identified in the United Kingdom, as the dominant variant in the United States, and it’s happening faster in counties with lower vaccination rates, according to a new study by scientists at Helix, scheduled to be published as a preprint in the coming days.

What the research showed:

“The growth curve for B.1.617.2, which is more transmissible but against which vaccines are highly effective, shows faster growth in counties with lower vaccination rates,” said the study. “In contrast, P.1, which is less transmissible but against which vaccines have somewhat less efficacy, has a higher prevalence in counties with higher vaccination rates.”

More on the study: They defined a county with a lower vaccination rate as one which had less than 28.5% of the population completely vaccinated on May 1, the others were considered counties with a higher vaccination rate.

An important limitation is noted by the researchers: the relatively small number of positives that have been analyzed in the last two months, partly because of the lower numbers of cases in the US and the decrease in test positivity rate. The data is not homogenous across the US and the samples “do not proportionally represent the different areas of the United states by population”, they say, which is another limitation.