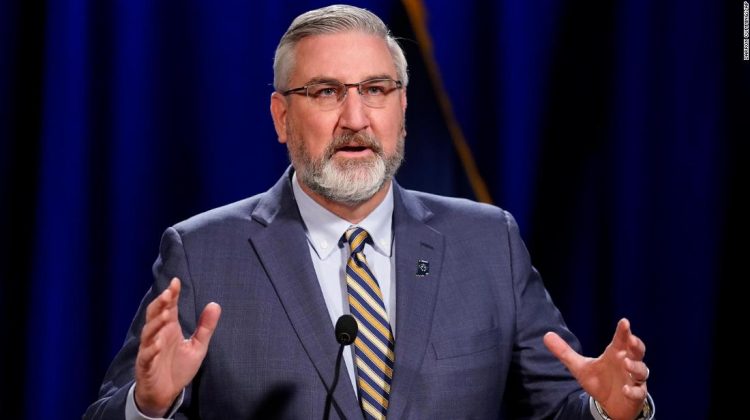 Jobless workers filed a lawsuit earlier this month challenging Republican Gov. Eric Holcomb’s order to cease the payments — including the $300 weekly federal boost — as of June 19. The suit may be the first one aimed at stopping states from ending the pandemic unemployment benefits early.

Indiana Legal Services and Macey Swanson Hicks & Sauer, a private employment law firm, are arguing that the move violates a state law that requires Indiana to “procure all available federal insurance benefits to citizens,” according to the firms.

In addition to the $300 weekly supplement, the federal programs provide benefits to freelancers, the self-employed, independent contractors and certain people affected by the coronavirus and to those who have exhausted their regular state benefits.

In his ruling Friday, Marion Superior Court Judge John Hanley said a “preponderance of evidence” demonstrates that Indiana’s decision to end the pandemic benefits early violates state law. He said the harm created by stopping the benefits far outweighs any potential harm to the state.

“A loss of housing or medical care and the inability to provide food, shelter and adequate childcare for a family constitute irreparable harm pending resolution of this cause of action and are not adequately compensable by an award of damages,” Hanley wrote.

Share your story: How is the early end of pandemic unemployment benefits affecting job hunting in your state?

About 230,000 Indiana residents are receiving unemployment benefits, according to The Century Foundation. Some 177,000 have been left without any jobless payments, and the rest lost the $300 federal weekly boost.

The governor’s office said it will consider appealing the decision.

“The state of Indiana took the appropriate steps to terminate its participation in [the] federal pandemic unemployment program. The agreement ended on June 19,” the office said in a statement. “The governor and Department of Workforce Development will discuss an immediate appeal of the judge’s order with the attorney general.”

The three pandemic unemployment insurance programs are scheduled to expire in early September in the states that are continuing them, under a provision contained in the Democrats’ $1.9 trillion relief package that President Joe Biden signed into law in March.