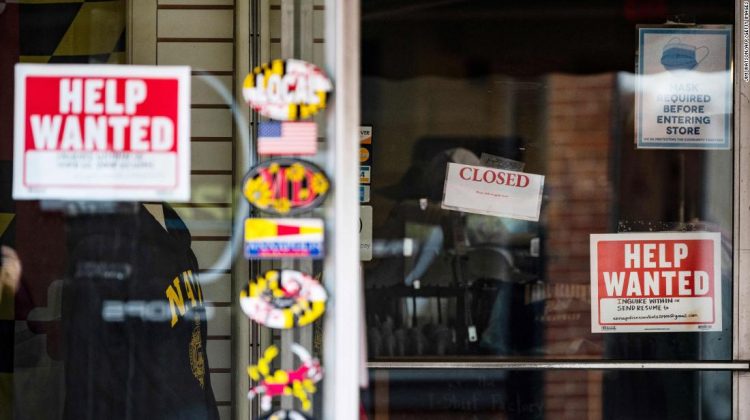 But it hasn’t worked out that way so far.

While he is getting more applications for the auto technician, service consultant and administrative assistant postings, the job seekers haven’t responded to his requests for interviews. Smith has reached out to more than three dozen people in the last month, but he only heard back from a few, who said they weren’t interested in the position.

“I thought it was going to be a situation where it’s like: ‘Everyone, let’s get back to work,’ ” said Smith, who had to transfer staff from his other locations in and around Merrillville, Indiana, to open a third shop in June. “We’re getting applications, but we aren’t getting any responses.”

Share your story: Employers, are you seeing more people looking for work in states that are ending pandemic unemployment benefits early?

Governors argue that the more generous payments, including the $300 federal weekly boost, are keeping workers on the sidelines.

At least 20 have already ceased the payments, and the rest will do so by the end of July. States had to give 30 days’ notice before ending the benefits, which will last until early September in the states that are continuing them.

In addition to the $300 supplement, the federal programs provide compensation to freelancers, the self-employed, independent contractors and certain people affected by the coronavirus, and to those who have exhausted their regular state benefits.

Too soon to tell

It’s not yet clear whether ending the benefits early is, in fact, pushing people to return to work.

Job search activity is a bit above the national trend in the 13 states terminating payments at the end of June or early July, but below trend in the dozen states that ended benefits in mid-June, according to data published last week by Indeed, an online jobs site.

Meanwhile, Missouri’s Department of Higher Education & Workforce Development is seeing an uptick in traffic at its job centers. Residents are looking for job search assistance and training opportunities, the agency said. The pandemic benefits ended there on June 12.

Discount retail chain Ollie’s Bargain Outlet said it is seeing more job applicants for its stores and warehouses in states that have ended the federal benefits, pointing to Texas and Georgia as examples.

“In the states that are starting to end the federal unemployment benefits, we saw a higher number of applicants going into our stores and our distribution centers without a doubt,” CEO John Swygert said at a retail conference last week. “The folks that are still getting full unemployment benefits, I think they’re going to be a little bit delayed until those run out.”

At ZipRecruiter, the number of job applications submitted the week ending June 19 was up between 7.6% and 15% in the states ending benefits in June, compared to the prior week, but up only a little more than 1% in the states terminating payments in July or continuing them until early September.

Also, people in states that are cutting off benefits in June say they want to return to work a bit sooner than those in states continuing them for longer, said Julia Pollak, labor economist at ZipRecruiter, citing a survey conducted by the job site.

The data can be volatile, so Pollak said she will be keeping an eye on the job application trends, which could also be affected by the reinstatement of work search requirements in many states. In Indiana, for instance, the jobless have to complete at least one job search activity each week starting the week of June 6.

Even those who pushed for the termination of benefits say it’s too soon to tell if it has made a difference. Officials at the Iowa and Missouri chambers of commerce and the National Federation of Independent Business chapters in several southern states say their members have not reported definitive trends.

“People have got to adjust back to a more normal way of doing things,” said Dan Mehan, president of the Missouri Chamber of Commerce.

There are many reasons why the jobless are not yet returning in droves, experts say. Many must still contend with child care issues or remain afraid they’ll catch Covid-19.

“Federal unemployment benefits are not the sole reason we are seeing these labor constraints,” said AnnElizabeth Konkel, an economist at Indeed. “You really can’t discount Covid-19’s effect on the labor market.”

Jerry Akers, who owns 29 Great Clips salon franchises in Iowa and Nebraska, contacted some former employees about returning to the job, which entails some evening and weekend shifts. They told him they would like a different lifestyle and are willing to live on less money to achieve it.

Akers, who offers health and retirement benefits, has already raised his wages by $2 an hour since the start of the pandemic. While he’s getting a ton of applicants for his 60 openings, few people are actually accepting his job offers.

“They are just not ready to go back to work. They are not interested,” he said, noting child care is also a major issue, among other factors. “I think it’s going to take a while for that to play out. This is something we may be living with for a year or maybe even two years.”