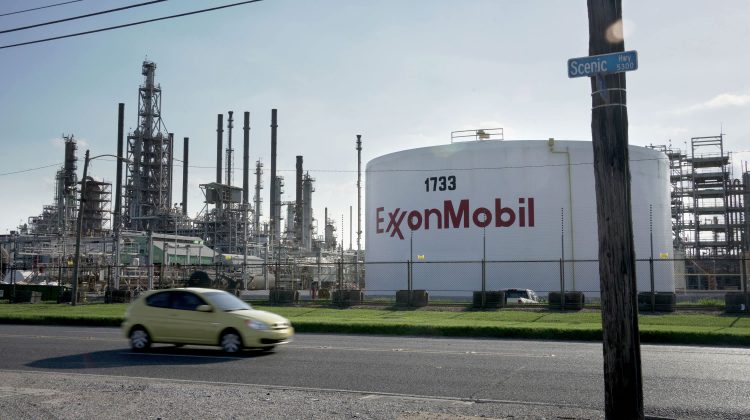 A view of the ExxonMobil Baton Rouge Refinery in Baton Rouge, Louisiana, May 15, 2021.

Engine No. 1, the upstart activist firm that put three candidates on Exxon’s board of directors, is launching an exchange-traded fund in a bet that shareholder activism will take center stage in coming years.

The Engine No. 1 Transform 500 ETF will trade under the ticker VOTE, and has received $100 million in commitments, the company said Tuesday. The passive fund will invest in 500 of the largest U.S. companies and track the Morningstar U.S. Large Cap Select Index, with the aim of helping to “instigate positive change for employees, customers, communities, and the environment.”

The firm said it will hold companies accountable on environmental, social and governance issues through the votes it casts, while also working with companies to strengthen investments made in stakeholders.

“Too many sustainable investing strategies shift an investor’s exposure away from companies that need to change rather than working to change them,” Engine No. 1 managing director Michael O’Leary said in a statement. “We see an opportunity to harness the power of investors in a new way.”

Engine No. 1 has gained prominence over the last few months after waging a campaign against Exxon, which ultimately proved successful. The firm began targeting the oil giant in December 2020, saying Exxon needed to shift its operations and significantly reduce emissions in order to ensure long-term financial viability.

The activist firm nominated four board directors, two of which it secured at Exxon’s annual shareholder meeting in May, which spanned several hours and included a surprise one-hour recess between sessions.

The vote over a third candidate was too close to call at the meeting’s conclusion, but was later confirmed in favor of Engine No. 1.

The campaign against Exxon comes amid a surge in ESG investing, and as investors — especially younger generations including millennials — increasingly want to support companies whose mission aligns with their values.

“There shouldn’t be a trade-off between positive impact and financial performance,” said Yasmin Dahya Bilger, head of ETFs at Engine No. 1. “VOTE will be a unique solution to this long-time concern, enabling index investors the ability to generate long-term value while bringing action to the most critical environmental, social, and governance issues facing these companies.”

Engine No. 1 said that digital investment advisor Betterment will integrate the new fund into its socially responsible investing strategies. The fund’s annual expense ratio will be 0.05%.