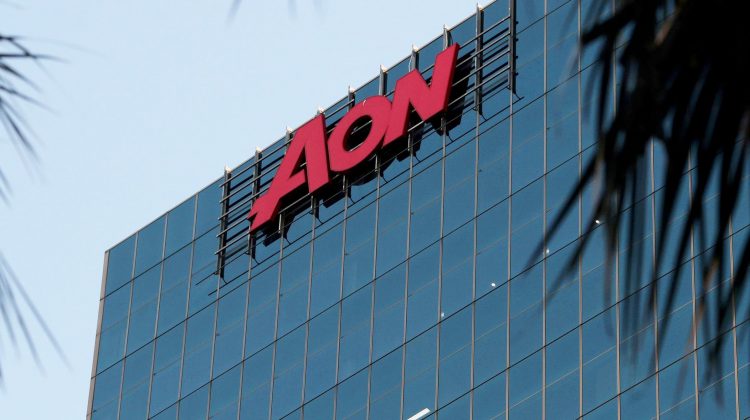 An office building with the Aon logo is seen amid the easing of the coronavirus disease (COVID-19) restrictions in the Central Business District of Sydney, Australia, June 3, 2020.

The U.S. Justice Department filed a lawsuit on Wednesday aimed at stopping insurance broker Aon‘s $30 billion acquisition of Willis Towers Watson because it would reduce competition and could lead to higher prices.

The deal would combine two of the “Big Three” global insurance brokers, the department said. The third is Marsh McLennan.

Aon and Willis, which was formed in a 2016 merger, put together insurance contracts for clients that involve a number of insurance providers, for coverage ranging from airlines to large sporting events.

The complaint cites an unnamed Aon executive who told colleagues, “We have more leverage than we think we do and will have even more when (the) Willis deal is closed. …. We operate in an oligopoly which not everyone understands.”

The complaint, filed in the U.S. District Court for the District of Columbia, listed five areas of concern including identifying appropriate health benefits plans for big customers and plans for property, casualty, and financial risk for large customers.

In a joint statement, Aon and Willis said they disagreed with the Justice Department’s action, “which reflects a lack of understanding of our business, the clients we serve and the marketplaces in which we operate.”

The companies added: “We continue to make material progress with other regulators around the world and remain fully committed to the benefits of our combination.”

This month, Aon announced the sale of some assets to private equity firm Aquiline Capital Partners and tech firm Alight for $1.4 billion in a bid to get U.S. approval. The proposed divestitures were insufficient, the department said.

The deal was expected to get the EU antitrust green light within weeks. Reuters reported on April 28 that the European Commission would clear the mega deal after Aon offered to sell substantial assets.

London-headquartered Aon clinched the deal a year ago to create the world’s largest insurance broker ahead of Marsh & McLennan Companies Insurers have been pressured by rising claims and challenges from the Covid-19 pandemic and climate change.