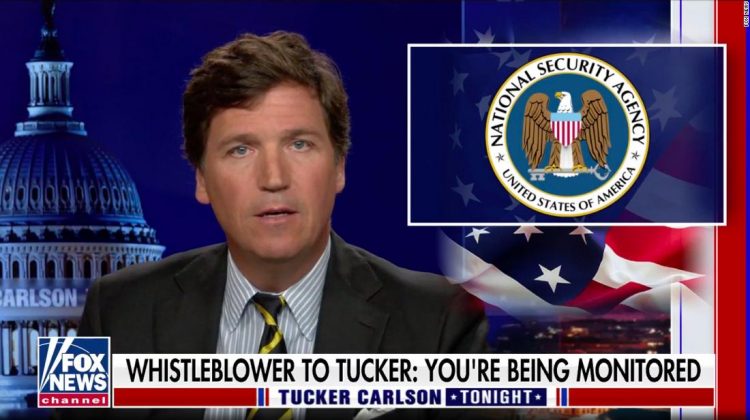 “The Biden administration is spying on us,” Carlson declared to millions of Fox’s viewers. “We have confirmed that.”

But Carlson’s own colleagues don’t appear to be buying what he is selling.

Barring an unusual circumstance, if a reputable news organization had confirmed that the NSA — or any arm of the US government — was spying on one of its top employees, it would be a story of significant consequence.

Carlson not only alleged that the NSA was spying on him, but that it was conspiring to take him off of the air and engaging in the conduct for “political reasons.”

But the morning after Carlson delivered his bombshell claim, none of his colleagues covered it.

A search of Fox’s transcripts did not reveal any coverage on Tuesday morning. Even “Fox & Friends,” the right-wing morning show on Fox News that has latched on to several of Trump’s conspiracy theories, passed on the story. And the Fox News website also did not appear to carry coverage of Carlson’s claim.

Fox’s top executives, such as chief executive Suzanne Scott and president Jay Wallace, had also not released statements condemning the NSA’s supposed behavior by Tuesday afternoon. In contrast, newsroom leaders at the New York Times, CNN and Washington Post strongly condemned the Justice Department’s actions as soon as they learned that it was secretly obtaining their reporters’ records.

Carlson, Fox’s highest rated host, has a history of peddling conspiracy theories as fact to his viewers. He recently claimed that the Federal Bureau of Investigation orchestrated the January 6 insurrection — a claim that has since been thoroughly fact-checked.