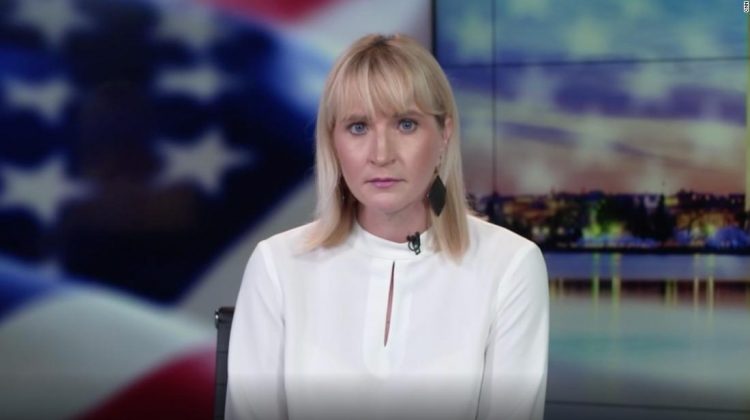 Harrington said in a Tuesday statement that it is the honor of her life to represent Trump “and to stand for the truth.” But she has been repeatedly and egregiously untruthful about what happened in the election in which Trump was defeated by Joe Biden — falsely declaring over and over that Trump was the legitimate winner and that the election was stolen from him.
On the day of the Capitol insurrection in January, Harrington falsely insisted that the election was being stolen by “communists.” And less than a week after the insurrection, she falsely claimed that “the real insurrection” occurred during “vote dumps” the morning after Election Day.

Asked for comment for this article, Harrington responded Wednesday by denouncing CNN and arguing again that the election was marred by “numerous anomalies.”

Harrington made numerous false claims about the election while working for the RNC in November.

“President Trump won this election,” Harrington falsely declared in a California television interview on November 8 — the day after television networks projected that Biden had won.
In the same interview, Harrington baselessly insisted that Biden could not have earned 81 million “real votes” because he had small crowds at his campaign events. (A candidate’s crowd sizes do not necessarily predict their vote totals even when a pandemic is not occurring, and Biden’s campaign team shrunk his events for the purpose of social distancing.) And Harrington baselessly suggested it was suspicious that Biden won states in which Trump had early leads in the public vote totals, though Trump had those illusory leads only because many of the votes had not yet been counted.
Harrington was even more inaccurate in a Texas radio interview on November 11, this time declaring that counting every “legal vote” would show that Trump not only won the election but won in “a landslide.” She also said there was evidence of “systemic” fraud, though that was not true then and is not true now.
Harrington’s Twitter posts were no more factual than her comments out loud. On November 10, Harrington posted a series of tweets in which she made a nonsensical argument that Biden getting more votes in some staunchly Democratic urban counties than Hillary Clinton did in 2016 was itself suggestive of fraud. Increased voter participation is, obviously, not evidence that something nefarious occurred — and turnout was up around the country, not just in Democratic strongholds.
Harrington has sometimes made the debatable argument that state elections officials made unconstitutional pandemic-era changes to their policies; in her Wednesday statement to CNN, she repeated her argument that secretaries of state had acted unconstitutionally. But from November onward, many of her assertions about what happened in particular places Trump lost have been objectively untrue.
She has falsely claimed, among other things, that Georgia counted tens of thousands of votes from underage voters and that Philadelphia blocked Trump poll watchers to “stuff the ballot box.”

Harrington, like Trump, did not stop lying about the election even after the Electoral College affirmed Biden’s victory and the Supreme Court rejected a challenge that sought to overturn the result. On December 24, after both of those developments, she tweeted simply and wrongly: “TRUMP WON.”
On January 3, after she left her RNC job in December, Harrington tweeted that “the fraud is OVERWHELMING” and favorably quoted a false Trump allegation about an election worker supposedly stuffing ballot boxes in Georgia.
On January 6, both before and after the Capitol insurrection, Harrington issued her warnings against allowing “communists” to “steal” the election. In a Newsmax interview that night, she falsely claimed that Pennsylvania had 200,000 more votes cast than actual voters, though that assertion, which came from Republican lawmakers who misinterpreted official data, had already been debunked by the state.
The day after the insurrection, Harrington said on Newsmax that “equal justice under the law” means that people should be prosecuted not only “if you’re storming the Capitol and destroying property” but “if you’re destroying votes that were legally cast for our president” — though there is no evidence that legal votes for Trump were destroyed. And on January 12, Harrington went on Newsmax again and said “the real insurrection” happened in the early hours of the morning the day after Election Day, when she said the “vote dumps” occurred.

“That’s when it happened. That was the overthrow,” she said.

The so-called “vote dumps” were, simply, large quantities of newly counted votes being added to the public totals as normal.

On the day of Biden’s inauguration, Harrington went on Newsmax once more and said, “There’s no way he got 81 million votes. It’s a fraud.” She called Biden “an illegitimate person, a fake candidate.”
Harrington went to work for former Trump official Steve Bannon’s “War Room” media operation after leaving the RNC. She showed no sign of changing her tune after changing jobs, continuing into the spring to call the election stolen.