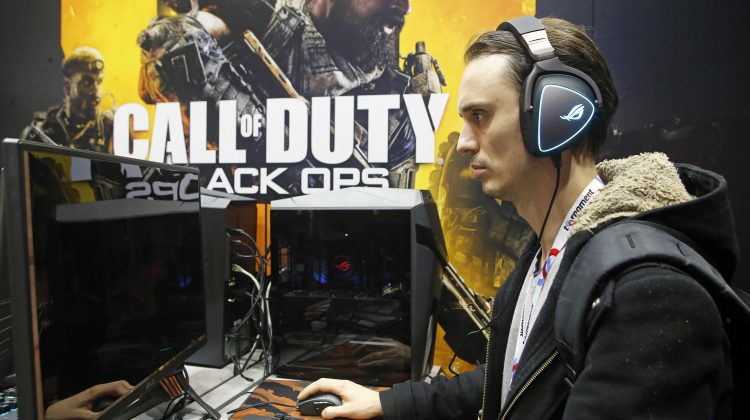 MoffettNathanson weighed in on the video game stocks, giving Take-Two and Activision buy ratings and Electronic Arts a neutral.

Analysts on Thursday highlighted three “mega trends” over the past decade: digital distribution, in-game purchases and successful franchises such as Activision’s World of Warcraft and Take-Two’s Grand Theft Auto.

But, while markets have reached records, these stocks are still off their highs hit early this year, with consumers getting out of the house and away from their consoles.

Look for long-term opportunity even in the face of near-term weakness, said Boris Schlossberg, managing director of FX strategy at BK Asset Management.

“Short term you certainly had a huge amount of pull forward demand from the pandemic, and everybody now is ready for a little bit of sunshine and air,” Schlossberg told CNBC’s “Trading Nation” on Thursday. “There’s probably going to be a natural move back in the stocks as the average play per hour per user is going to probably come down.”

Electronic Arts is the closest to its highs, down roughly 8% from a January peak. Take-Two is the furthest, nearly 19% below its February high.

“I actually think all three of them are fine buys at this point as long as you have a long-term, let’s say, two- to four-year timeframe, especially with something like Take-Two. … The Grand Theft Auto franchise has already earned $10 billion,” said Schlossberg. “The whole dynamic of the gaming industry remains very, very bullish, it’s a long-term buy, and whatever dip we have right now is just an opportunity to get longer.”

Matt Maley, chief market strategist at Miller Tabak, is watching key levels in two of the stocks he sees as most appealing – Activision and EA.

“Look at Activision, first of all. The stock looks like it’s making what you would call a double head and shoulders pattern. So if it does break below the neckline, which is right near its 200-day moving average, that’s at about $89 … you want to walk away from the stock, and look for a reentry point at a lower level,” Maley said during the same segment.

However, he sees that as strong support and unlikely to break, pointing out that it did not move below its 200-day moving average even during the Covid pandemic lows last year. Activision closed Thursday at $92.51.

As for EA, Maley said it’s beginning to break below the bottom end of an “ascending triangle pattern,” formed from a series of higher lows and a level of resistance.

“It’s only a slight break, and if it falls further again you might want to back away a little bit. But, if you buy it on weakness as Boris suggests, don’t be afraid to add to it. If and when it breaks above that range of $145 to $150, that’s been really tough resistance, so once it breaks above that level at some point in the future, it’s going to take off like a rocket ship,” Maley said.