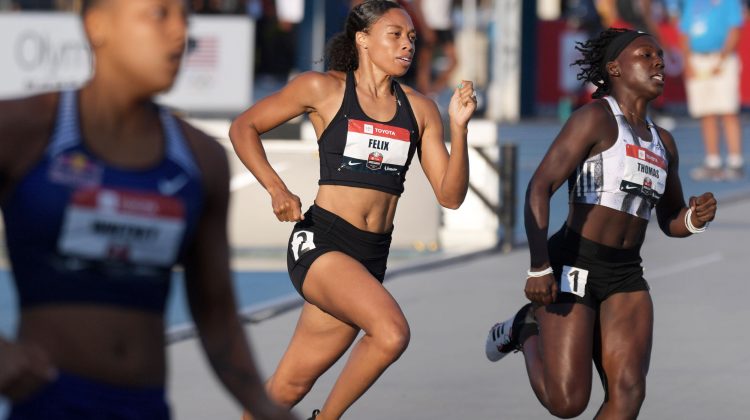 Allyson Felix is president of Saysh, while her brother, Wes, serves as CEO.

After breaking up with Nike in 2019 and landing a sponsorship deal with Gap‘s Athleta, the brand’s first, track and field star Allyson Felix is launching her own shoe business.

On Wednesday, Felix debuted Saysh, which she pitches as a lifestyle brand designed with women in mind. Saysh’s first product, the Saysh One sneaker, retails for $150 and is currently available for preorder in three colors. Other products are in the works, according to the company’s website.

Customers are also able to buy membership to the “Saysh Collective,” which comes with workout videos and occasional interactions with Felix. An annual membership costs $150, while a monthly pass goes for $10.

The announcement comes after Felix finished second in the 400 meter at the U.S. Olympic Track and Field trials this past weekend, clinching her spot in the Tokyo Olympics. Felix is the most decorated female track and field star in U.S. history.

Time first reported on Felix’s shoe launch. In an interview with the magazine, Felix said the women’s footwear market is underserved, and that the mentality has often been to “shrink it and pink it.”

“It’s really about meeting women where they are,” Felix said. “It’s for that woman who has been overlooked, or feels like their voice hasn’t been heard.”

Felix departed a deal with Nike in 2019 after she said the company wanted to pay her 70% less following her pregnancy. She has since been invested in raising awareness around health-care inequities facing Black mothers.

Felix serves as Saysh president, while her brother and business partner Wes holds the CEO title. The company has raised $3 million in seed money from a broad range of venture investors, according to Time.

It’s unclear if Athleta, where Felix has a multiyear sponsorship deal to design clothing, will begin to carry the shoes in the future.