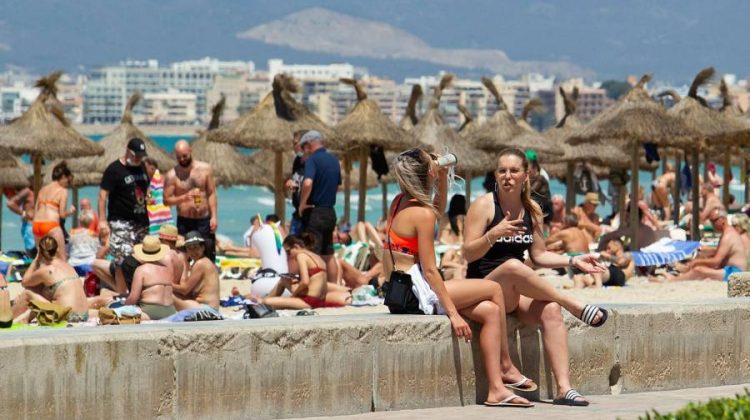 Boris Johnson has approved a resumption of overseas holidays to some leading holiday destinations, with Malta, the Balearic Islands and Madeira among those places added to England’s travel “green list”.

Meanwhile, the prime minister also indicated a much wider reopening of international travel later in the summer, for those who have had two Covid-19 jabs. Johnson’s allies said this was most likely to happen in August.

Only Malta was added to the standard green list, which allows tourists to travel abroad without the need to quarantine on their return home, while more than a dozen destinations were put on a “green watchlist”.

The latter category covers over a dozen new countries and territories, including the Balearic Islands — Mallorca, Menorca and Ibiza — Madeira and Caribbean destinations including Antigua and Barbados.

Travellers to “green watchlist” countries do not have to quarantine but are warned that they are at a higher Covid-19 risk and could be abruptly removed from the green list before the next regular review date on July 15.

“We don’t want to do that, but we wanted to give people a bit more clarity that things could change at short notice,” said one government official.

Scotland and Northern Ireland have added the same group of countries on their green lists. The new rules will apply from Wednesday June 30 at 4am.

Travel industry figures feared the concept of a “green watchlist” could cause confusion. “An almost impossible communications challenge,” one airport executive said. But they broadly welcomed the news.

Meanwhile Haiti, Dominican Republic and Uganda have been added to the UK government’s red list.

Johnson said on Thursday he hoped that quarantine-free travel to countries currently on the amber list could soon resume. “I think the real opportunity we all have now is to open up travel through the double jab,” he said.

Initially, the “two jab” travel initiative will apply only to UK nationals returning home and not to foreign visitors to Britain; a reflection of the complexity of making the scheme work.

Downing Street said full details of the plan would be set out next month, including whether children would be exempt from the policy.

Although Johnson wants to gradually reopen the foreign holiday market, German chancellor Angela Merkel has called on EU leaders to co-ordinate tougher restrictions on countries — such as Britain — with a high incidence of the Delta variant.

“What I regret is that the EU member states haven’t managed to establish a uniform approach yet when it comes to rules on travel,” she told the Bundestag in Berlin on Thursday.

Spain — whose territory includes the Balearic Islands — has made clear it has no intention of following Germany’s call to impose quarantine restrictions on British travellers.

“Every country is sovereign in the decisions it takes: Spain has already taken its own,” said a Spanish official.

“We have opened up to the British and it is now they who have to give the green light to their citizens so they can travel to Spain,” the official added. “British tourism is vital for the recovery of the Spanish tourist sector.”

Spain’s income from tourists collapsed by almost 80 per cent last year to less than €20bn — a big reason why the country’s 2020 GDP fell by more than any other big economy. Madrid is desperate for the return of British travellers.

The next few weeks should be the beginning of the busiest period of the year for airlines and other travel companies, and the addition of the Balearics in particular is a significant boost given that nearly 4m people from the UK visited the Spanish islands in 2019.

“It is very positive news that ministers are following the science and that fully vaccinated people will be able to travel safely without quarantine later this summer,” Heathrow CEO John Holland-Kaye said.

But one aviation executive said the industry might struggle to rapidly deploy more flights to new green list countries, and that it could take a few weeks to put planes and crews in place. “You can’t just turn on the taps,” they said.

Relations with the government have soured, and several of the UK’s biggest aviation companies, led by Manchester Airports Group, launched legal action last week over the transparency of the traffic-light system for international travel.

The industry was particularly furious when Portugal was taken off the green list earlier this month, leaving no big tourist hotspots on the list of countries from which people did not need to quarantine on their return.

Paul Charles, an adviser to several travel companies, said the government’s “island first” strategy was a “welcome approach to get travel going again” but added the idea that countries were on a “green watch list” would create more uncertainty for consumers.

“There is still a high risk that some of these destinations could go amber. They should just be green,” he said.