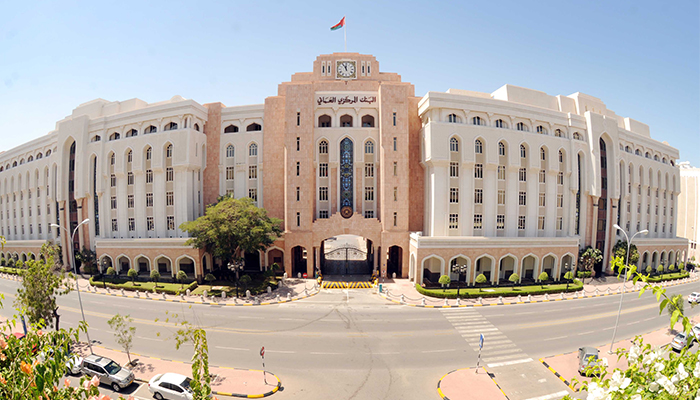 Muscat, 21 Jun (ONA)— The data issued by the Central Bank of Oman (CBO) indicated that the total deposits held with ODCs registered a Y-o-Y growth of 4.1 percent to reach RO 24.9 billion at the end of April 2021.

The total private sector deposits increased by 6.8% to RO 17.3billion. The nominal GDP, as per the preliminary data released by National Centre for

Statistics and Information (NCSI), showed a decline of 15.3% during the fourth quarter of 2020 over the same period of 2019.

The Sultanate’s Consumer Price Index (CPI) showed a y-o-y deflation of 0.4% during April 2021. The Other Depository Corporations (ODCs) consist of conventional and Islamic banks in Oman. The total outstanding credit extended by ODCs grew by 3.0% to RO 27.2 billion at the end of April 2021, while credit to the private sector demonstrated a relatively moderate growth of 1.2% (Y-o-Y) to reach RO 23.3 billion.

In terms of sector-wise composition of private sector deposits, the share of households deposits stood at 50.9%, followed by non-financial corporations at 32.4%, financial corporations at 14.2% and the other sectors at 2.5%. The combined balance sheet of conventional banks showed a Y-o-Y growth of 1.5% in total outstanding credit as of end- April 2021.

Credit to the private sector declined to reach RO 19.1 billion while their overall investments in securities went up by 40.6% to RO 4.8 billion at end- April 2021. Investment in Government Development Bonds increased by 27.3% compared to the same period last year to RO 2.2 billion while their investments in foreign securities declined by 9.9% to RO 0.88 billion at the end of April 2021.

Aggregate deposits held with the conventional banks increased by 2.3% Y-o-Y to RO 20.9 billion at end- April 2021. Government deposits with conventional banks witnessed a decrease of 8.9% at RO 4.4 billion, likewise, deposits of public enterprises declined by 2.2% to RO 1.3 billion.

Private sector deposits, which accounted for 70.6% of total deposits with conventional banks, increased by 6.1 % as of April 2021 to reach RO 14.7 billion. Islamic banking entities provided financing of RO 4.5 billion at the end of April 2021, recording a growth of 11.2% over that a year ago.

Among the indicators of monetary aggregates, broad money supply M2 at end- April 2021 grew by 5.8% to reach RO 20 billion. This increase was the outcome of 4.1% expansion in narrow money (M1) and 6.6% increase in quasi-money (Omani Rial saving and time deposits, certificates of deposit issued by banks, margin deposits and foreign currency denominated deposits).

Likewise, the increase in M1 resulted from the growth of demand deposits by 6.6%, during

Meanwhile, the overnight Omani Rial domestic inter-bank lending rate fell significantly to 0.39% in April 2021 from 1.83% a year ago, reflecting transmission of policy rate cuts by the CBO in line with the rate cuts by the Federal Reserve.

The average Repo rate for liquidity injection by the CBO at end- April 2021 remains at 0.5%, the same as last year. This is attributed to the measure undertaken by CBO in March 2020 to support BanksFLCs in the context of prevailing economic conditions.