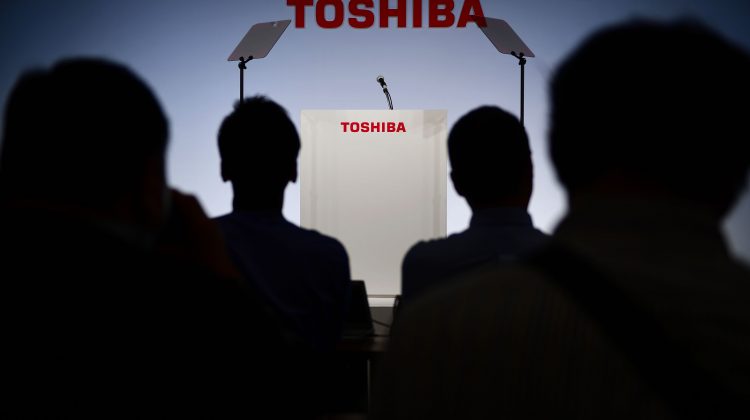 Journalists sit in front of a logo of Toshiba prior to the company’s press conference in Tokyo on November 8, 2018.

Shareholders at crisis-ridden Toshiba voted out its board chairman and one other director on Friday, a forceful rebuke of the company after it was found to have colluded with the government in suppressing foreign investor interests.

For many, the result at the annual general meeting marks a new watershed moment for corporate governance in Japan after activist Toshiba shareholders prevailed earlier this year in securing a probe into the allegations of pressure on overseas investors.

But supporters of now former board chairman Osamu Nagayama say his failure to win re-election will only set Toshiba further back, depriving the industrial conglomerate, which has lurched from crisis to crisis since 2015, of experienced leadership.

A breakdown of the vote was not immediately disclosed. The newly elected board will meet later on Friday to discuss whom to nominate as new chairman.

Shares in Toshiba recouped earlier losses to be up 1.3% after the result.

According to one Toshiba source, foreign investors had voted in greater numbers than in the company’s previous shareholder meetings as they saw it as an important test case of corporate governance in Japan.

The source was not authorized to speak to media and declined to be identified.

Nagayama only joined Toshiba’s board in mid-2020 after the alleged pressuring of foreign shareholders to vote in line with management’s board nominees took place.

A former Chugai Pharmaceutical CEO and Sony Group board director, he is well respected and both the electronics giant and former U.S. ambassador to Japan John Roos had expressed their support for him.

But his critics argued he should step down to take responsibility for the board’s resistance to a shareholder’s call for an independent probe.

Shareholder advisory firms Institutional Shareholder Services and Glass Lewis had recommended shareholders not reappoint him while 3D Investment Partners, Toshiba’s Singapore-based No. 2 shareholder with a 7.2% stake, had called for his resignation.

Toshiba nominated 11 directors at the AGM, including Nagayama. Nobuyuki Kobayashi, a member of the audit committee, was also voted out.