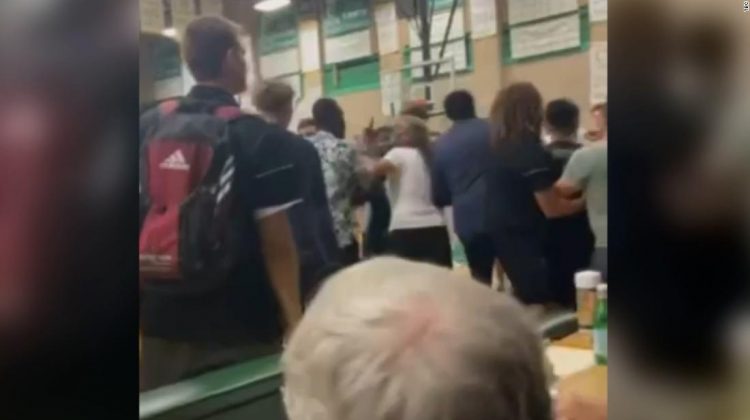 “I think this is a good start,” said Escondido Union High School District superintendent Dr. Annie Staffieri, who proposed the anti-racism resolution earlier this week. “It’s a step, but it’s only the beginning.”

The resolution, which passed in a 5-0 school board vote, affirms the district’s support for equity, safety, and the well-being of all students. The resolution also pledges to fight racism in all forms to dismantle practices that limit opportunities for students to receive a safe and high-quality education.

The Escondido School Board, which manages Orange Glen High School, condemned the incident as racist and urged the California Interscholastic Federation (CIF) to revoke Coronado High’s regional basketball championship, alleging some of the opposing players and coaches participated in the events that transpired. A CIF investigation of the incident is currently underway.

“The CIF is in the process of concluding our review, and unless circumstances dictate otherwise, we anticipate issuing the ruling of the CIF executive director during the upcoming week,” a CIF spokesperson told CNN.

The Coronado school board did unanimously vote to fire the head basketball coach, JD Laaperi, Tuesday night, according to Kami McElligott, an executive assistant to the district’s superintendent and board.

The board did not comment further on the reasoning behind Laaperi’s firing, but the decision took place during a special meeting called to address Saturday’s incident

Laaperi tweeted Saturday that he did not condone the actions of the person who brought the tortillas to the game and distributed them, saying it was “unacceptable and racist in nature.”

CNN has reached out to Laaperi for comment about the board’s decision.

The Coronado Police Department said officers were called Saturday to assist school staff in clearing the gym of game spectators. When officers arrived, they were told that tortillas had been thrown at the opposing team and the officers later identified a man they believed brought the tortillas to the game, police said.