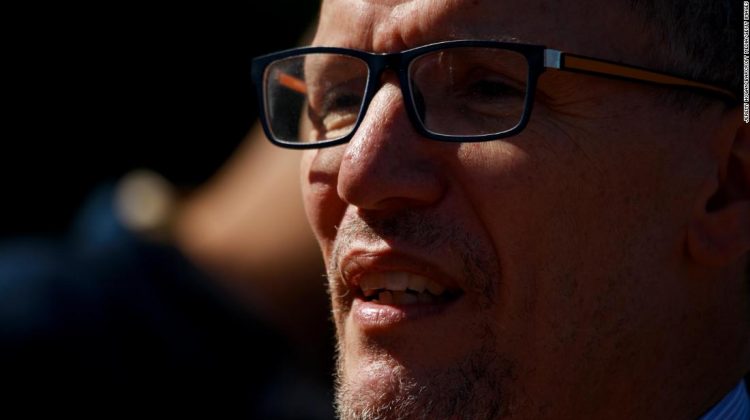 Perez, who previously led the Department of Justice’s Civil Rights Division and served as Labor Secretary for then-President Barack Obama, made the announcement in a video that touts his biography, his roots in Montgomery County, Maryland, and features him pledging to take on a number of key Democratic priorities, ranging from education to protecting union jobs to tackling climate change.

“We did get a lot done,” Perez said in the announcement video, referring to his time working for Obama, “but there is so much more to do.”

He added: “My entire life has been about making government work and helping people and that is exactly what I will do as your governor.”

Perez, who was on Hillary Clinton’s vice-presidential shortlist in 2016, was elected chair of the Democratic committee in 2017, taking over a beleaguered and mismanaged party that had been stunned by Donald Trump’s presidential victory in 2016. Perez helped turn the organization into a strong fundraising operation, making it key to defeating Trump four years later in 2020.

Perez saw his national profile grow during his time as chair of the Democratic committee, a role that introduced him to some of the top fundraisers in the party — connections that are sure to help him finance a gubernatorial bid. But Perez’s gubernatorial announcement video notably does not mention his tenure as chair of the DNC.

Perez’s decision to jump into the race adds yet another name to an already crowded field of Democrats vying for the job. That list now includes Rushern Baker, the former Prince George’s County executive; Doug Gansler, the former attorney general of Maryland; and Peter Franchot, the Maryland comptroller, among others.

Perez, the son of immigrants from the Dominican Republic, has a lengthy resume of government experience, ranging from winning a seat on the county council of Montgomery County in 2002 to working as Maryland’s labor secretary from 2007 to 2009 to leading the Labor Department under Obama from 2013 to 2017.

But it is his time as a federal prosecutor for the Department of Justice’s Civil Rights Division, a job he served in from 1989 to 1995, and then as the head of that division more than a decade later under Obama that receive considerable time in his announcement video, signaling how the candidate plans to lean on his civil rights experience in his gubernatorial bid.

Perez says his initial job as a prosecutor in the civil rights division was his “dream job,” and his elevation to leading it in 2009 as the “honor of a lifetime.”

“Civil rights is part of his DNA,” former Montgomery County Executive Ike Leggett says in the video. “He has been involved, he has been engaged and in all of that time, he has never changed.”

Although Obama has not endorsed in the race, the announcement video features the former President praising Perez at multiple times during his tenure in that administration, including when he called Perez “one of the best secretaries of labor in our history” during a news conference in 2016.

Perez is looking to succeed Hogan, who has served two terms as governor of Maryland. The Republican won his first term narrowly in 2014 and easily winning reelection in 2018, and is widely considered a possible Republican presidential candidate in 2024.