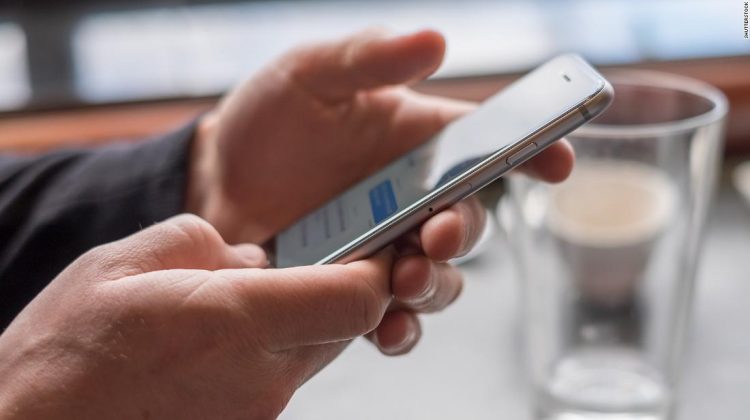 Researchers with the University of Pennsylvania found that people who received text messages about the annual flu vaccine were more likely to get the shot. Now, some states and jurisdictions are using the same strategy to help boost Covid-19 vaccine coverage.

It wasn’t just the reminder that did the trick. The messages that performed best were those telling the patient that a vaccine was “reserved” or “waiting” for them.

“It made people feel like it was theirs — that it was their shot and that they shouldn’t miss out on it,” said one of the researchers, Dr. Mitesh Patel, national lead for behavioral insights at Ascension Health.

They tested different types of messages, including one that read, “Did you hear the joke about the flu? Never mind, I don’t want to spread it around.”

It turns out flashy or funny did not work as well. People seemed to respond best to messages consistent with the professional and direct language typically expected from a health care provider.

The researchers confirmed their findings in a similar study of Walmart pharmacy customers. That study also showed that it was helpful for people to receive repeated reminders.

“The same set of messages worked at Walmart and the two health systems — two entirely different populations,” Patel said. “In the health systems, patients were about to see their doctor in the next three days, whereas at Walmart, we just texted patients in the community — they weren’t planning to come into their pharmacy — and still the same message worked just as well.”

Texts don’t necessarily provide the best forum for conversation, and Patel noted that these messages are unlikely to convince someone who is hesitant to get vaccinated for political or other reasons.

However, they may work well for groups marked by what he describes as “vaccine apathy.”

“There’s probably 10% of people who are just vaccine apathetic,” said Patel. “They’re not against it, but they’re not going to go out of their way to get it, and that 10% could really push us toward herd immunity.”

Closing the gap between intention and action

Katy Milkman, a University of Pennsylvania professor of operations, information and decisions who helped lead the research, said the strategy could be particularly helpful in closing the gap that often exists between people’s intentions — like planning to get their second Covid-19 vaccine dose — and their actions.

CDC data shows that more than 1 in 10 people who received one dose of an mRNA Covid-19 vaccine have yet to get their second shot. Studies have shown that the mRNA Covid-19 vaccines are more effective against the highly transmissible Delta, or B.1.617.2, variant, after completion of both doses.

The team completed their flu vaccine research before Covid-19 vaccines were widely available, but they intentionally chose messages that could be repurposed for coronavirus vaccines. Initial research shows the strategy could help reach those who are still holding out.

Hengchen Dai, an assistant professor at the University of California, Los Angeles (UCLA), tested the text message strategy with the Covid-19 vaccine.

Dai and her coauthor, Silvia Saccardo, an assistant professor at Carnegie Mellon University, found that text message reminders could boost Covid-19 vaccination rates at the UCLA Health system by as much as 3.4 percentage points.

While getting any message increased the likelihood that a person would make a vaccine appointment, Dai said it was the messages containing ownership language that went the extra mile.

“The language is really trying to make people feel like they own a vaccine that is available to them, specifically,” Dai said.

Another big takeaway: “Make it easy,” she said.

All of the messages the team sent included a direct link to a website where people could make their vaccine appointment.

“The general idea can be broadened,” Dai noted. “For example, instead of sending a link to a specific hospital, you can send links to other places that offer the vaccine. A company may be able to schedule some automatic appointments for their for their employees.”

Text messages and the Covid-19 vaccine

With about 46% of the total US population fully vaccinated against Covid-19, people across the US are starting to see these kinds of messages pop up on their phones.

“We are hopeful to reach Oklahomans with additional information about the vaccine to help them make an informed decision about whether to receive it,” Keith Reed, deputy commissioner for the Oklahoma State Department of Health, said in a statement.

Some states, like Nevada, allow people to opt into text message reminders about their second vaccine dose. The CDC says providers that don’t have a system in place can offer the free text reminder service, VaxText, to vaccine recipients.

Many people have cell phone access these days, but for the groups that don’t, Milkman says this kind of messaging could be effective through other channels, like email, traditional mail or social media.

“Welcome to New York, your vaccine is waiting for you!” The City of New York posted on its Twitter account last month.

Sending a text message can cost less than a dime — a stark contrast to the million-dollar lotteries some states are using to incentivize people to get vaccinated.

Milkman said she is now working with a team to research the role of incentives in encouraging people to take the Covid-19 vaccine, like those who are hesitant because they are worried about losing wages when they take time off of work to get vaccinated.

“It’s a different type of persuasion that you can accomplish with one versus the other,” she said.

The researchers agree that text message reminders are just one tool in what should be a broad strategy to get people vaccinated against Covid-19.

“We need all of the above, at this point,” said Milkman.

Deidre McPhillips contributed to this report.