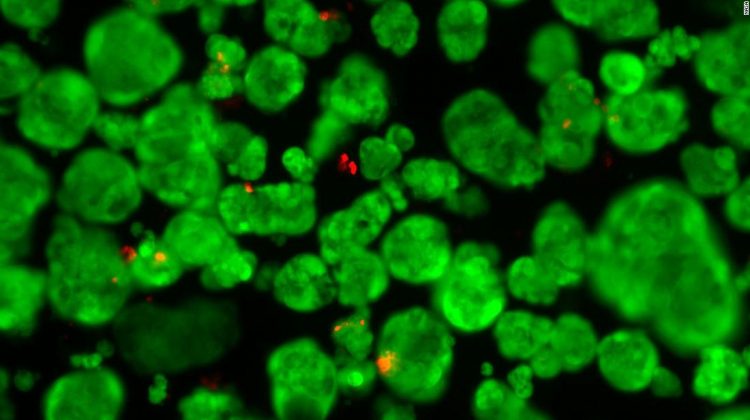 After 22 days, the heart cells were returned to Earth — and they were still beating. The implications of this experiment mark a significant step toward helping heart patients on Earth in the future.

The results of this experiment were the subject of a virtual panel discussion Tuesday that CNN obtained exclusive access to — panel members included NASA astronaut Jessica Meir and researchers from Emory University and Children’s Healthcare of Atlanta. They were joined by Brody Parker, a former heart patient who will soon celebrate his 11th birthday and his two-year heart transplant anniversary.

Two years ago, Parker said he was “an average 8-year-old boy” who enjoyed playing soccer and spending time with his friends. In May 2019, he started feeling tired all of the time and stopped wanting to do the things he enjoyed.

On June 1, 2019, Parker said he didn’t feel well. He ended up taking his first helicopter ride to Children’s Egleston Hospital in Atlanta. He had dilated cardiomyopathy, which causes difficulty in the heart’s left ventricle’s ability to pump blood. Parker spent all of June and July in the hospital and received a transplant.

Since his procedure, Parker has been able to return to a normal life of playing soccer and baseball with his friends, and he’s getting straight A’s in school.

Future pediatric heart patients could benefit from researching beating heart cells in space because they could begin a new phase of personalized medicine.

“They’re like magic cells because they can turn into almost all kinds of cells in our body, including beating heart cells. The heart cells have the potential to treat heart disease for kids and adults. But to repair a damaged heart, we will need a lot more cardiomyocytes,” Chunhui Xu, researcher and associate professor of pediatrics at Emory University School of Medicine.
Xu first discovered that stem cells grow faster in space by simulating the lack of gravity on Earth. She studies cardiomyocytes with the hopes of improving the heart’s regenerative abilities, as well as improving congenital heart disorder treatment.
“We need a billion cells to be able to really make this happen,” said Dr. Kevin Maher, director of the cardiac intensive care unit at Children’s Healthcare of Atlanta Heart Center and professor of pediatrics at Emory University School of Medicine. “And sometimes it’s really hard to get that many cells to grow.”

Her experiment was chosen to fly on the space station in order to determine how the absence of gravity impacts stem cells that essentially mimic cardiac cells.

The heart cells were cryopreserved, or frozen, and then thawed once they reached the station. This allowed the cell cultures to grow in space for 21 days. Meir oversaw the experiment while it was on the space station.

“Doing science on the International Space Station is absolutely a dream come true for a scientist turned astronaut like me,” Meir said.

“Imagine a place where every person and everything is living in a totally different environment than here on Earth,” she said. “This one-of-a-kind place is what makes doing research on the International Space Station so incredibly special. We can test things that we can’t do anywhere on Earth.”

When these live cells returned to Earth, Xu and her colleagues discovered that the stem cells grow faster in zero gravity. This means that more cells can be grown at a faster rate.

This rapid ability to grow cardiomyocytes could generate a multitude of healthy heart cells for children and adults with various heart diseases. But they could also be used to understand heart health and the aging process in a broader context.

Clinically, these beating heart cells could help kids and teenagers like Parker that have damaged heart valves receive replacement valves grown from their own stem cells.

“To really try to understand the heart, we need to look at the cells,” Maher said to Parker. “In her lab, (Xu) can grow anybody’s heart cells from a little piece of skin, or a little bit of blood. And the amazing part is those cells are exactly the same as the heart cells in our body. So then we can start to investigate what the cells are doing. We can look at the genetics and we can try new medications.”

It opens up the possibility for personalized medicine and could allow for the testing of medication or treatments on cells, rather than the patient.

There is a high standard for the stem cells to be pure. Residual stem cells that don’t turn into heart cells can actually cause tumors, according to previous research by Xu. More mature cells stand a better chance of becoming pure heart cells.

During her ground-based experiment simulating a lack of gravity, Xu found that the cells were more mature and even expressed survival genes that could ensure cell survival. Overall, these factors would allow the cells to connect with the heart tissue better and cause less issues, Xu said.

With these new findings, the research could lead a more efficient and cost-effective way to develop the heart cells on Earth for patients in need. Given that heart disease is the leading cause of death in the United States, according to the Centers for Disease Control and Prevention, the cells have great potential to treat children and adults. And the cells could also be used to test new therapies and speed up the development of safe drugs, Xu said.

“This type of work to be able to really learn how to make cells grow better has the potential to increase the chance that that will happen someday,” Maher said. “It’s not a reality yet, but there’s a lot of work being done on seeing how we can use these types of stem cells to make the heart stronger and better in the future.”