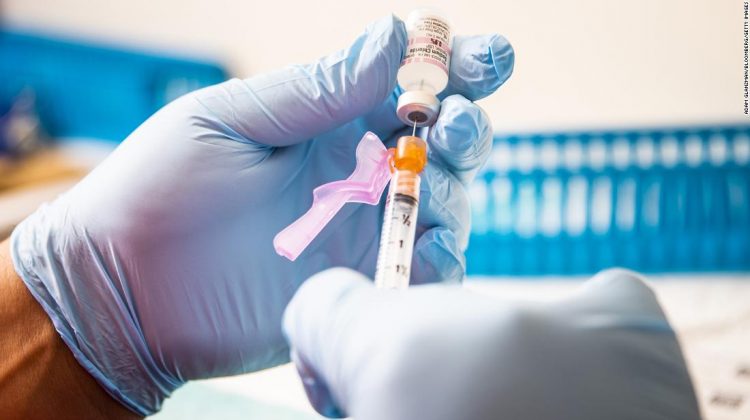 “I just don’t know if there’s something out there that we’re not doing that for sure will get us over the score line,” Dr. Marcus Plescia, the Chief Medical Officer at the Association of State and Territorial Health Officials told CNN. “That’s the problem — we’re doing all the things that we know can be effective, but it’s just allowing us to maintain this steady state, when what we really need to do is bump the demand back up.”

Biden set a goal earlier this year for 70% of American adults to have received at least one dose of vaccine by July 4. Although the country is getting close, with 65.4% of adults having received at least one dose, demand and vaccination rates have declined, leaving experts to worry if enough of the population will be vaccinated in time to curb fall and winter surges.

Low vaccination rates are dangerous when combined with the spread of variants like Delta, which is believed to be more transmissible and cause more serious illness. Steve Edwards, CEO of CoxHealth, a healthcare system in Springfield, Missouri, told CNN the combination is to blame for a six-fold increase in hospitalizations in his system.

“I think it is the Delta variant and there is a lot of kindling with low vaccination rates, so it’s spreading very rapidly,” Edwards said. “Almost all of our cases are unvaccinated people that, in my opinion, have put themselves in harm’s way during this pandemic.”

Fortunately, Plescia said, there are tactics underway to encourage vaccinations that have seen success. Some states, such as Colorado, are making a final push by calling unvaccinated people directly to provide them with information and help schedule appointments. Incentives — from the big ones like million-dollar lotteries to free tickets to the zoo or food coupons — have also worked, Plescia said.

A strategy Plescia and other experts have supported recently is a transition from mass vaccination efforts to local provider’s offices — a plan that moves slowly but can be effective, he said.

“We do anticipate that this is going to be an important function of public health for quite some time,” Plescia said.

Young adults fall behind in vaccinations

Many officials have turned their vaccination attention to young adults — a population that is low in both vaccination rates and the desire to be vaccinated, US Centers for Disease Control and Prevention studies show.

“High vaccination coverage among all age groups is important for decreasing COVID-19 cases, hospitalizations, and deaths, especially among groups with lower vaccination uptake, such as young adults,” the authors of a study published Monday wrote.

If the weekly pace of vaccinations continues at the rate from the week of May 22, only 57.5% of adults under the age of 30 will have received at least one dose of Covid-19 vaccine by the end of August.

Along with increasing vaccinations have come more reopenings and more social gatherings, including weddings, birthday and holiday celebrations.

In many places, the reopenings have not inhibited progress on combating the pandemic. On Monday, Maryland reported no Covid-19 deaths for the second day in a row and Virginia reached the milestone of having 60% of adults in the state fully vaccinated.

But in counties that still have high Covid-19 rates, those celebrations could spark increased virus spread, according to research published in JAMA Internal Medicine Monday.

Researchers used private insurance data from 6,535,987 individuals living in 2,926,530 households between January 1 and November 8, 2020. They compared Covid-19 infections between households with and without a birthday in the previous two weeks, adjusting for household size.

They found that households were more likely to have confirmed Covid-19 cases two weeks after a birthday. The risk was even higher when the birthday was for a child, the study reported.

“This study suggests that events that lead to small and informal social gatherings, such as birthdays, and in particular, children’s birthdays, are a potentially important source in SARS-CoV-2 transmission,” the team wrote.