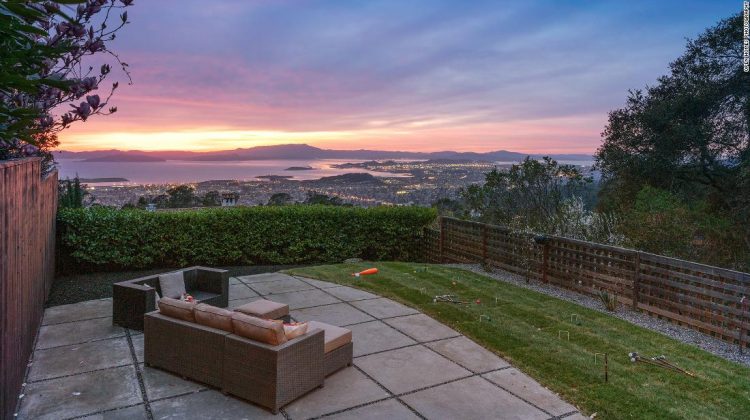 Believe it or not, these are real offers. And sometimes, they actually work.

“You hear about buyers throwing sweeteners into the mix — wine, dinners — to get the house,” said Esty Perez, an agent with Knipe Realty in Portland, Oregon. “Then, along comes a buyer that is like, ‘Hold my beer.’ Let me take this up.”

“We couldn’t beat that,” said Perez. “My client couldn’t offer any crypto to counter that. It was kind of laughable.”

In many hyper-competitive markets where all-cash offers that are well over the asking price are standard fare, buyers have found some jaw-dropping ways to stand out.

Buying two houses to get one

Would you buy two homes just to get the one you really want? One buyer in Austin, Texas, did.

Competing against 50 other offers on the home, the buyer offered more than $100,000 above the asking price — all cash, according to Thomas Brown, agent with and founder of The Agency Texas, who represented the buyer who was moving to Austin from the San Francisco area. But that offer was matched by other buyers. So to seal the deal, Brown’s buyer offered something extra: to buy the seller’s next house.

Brown said his buyer was concerned that putting all the money toward the home they wanted would cause the property taxes to shoot up, so they preferred to put the extra money toward a new home for the seller and keep it a separate transaction.

Brown got an understanding of the seller’s needs and their plans for a next purchase. Together with his buyers they crafted a deal that had two distinct transactions: the home the buyer wanted, listed in the $400,000’s, and a new home for the seller that was listed in the $300,000’s. Both went over their listed price and were paid for in cash by the buyer.

“Regardless of price point, there are multiple offers on every single home right now,” said Brown of the Austin market. “I’ve never seen anything like it and the reality is it is not going to stop anytime soon.”

Adam Pugh, real estate lawyer and partner at the Cagle Pugh firm in Austin, said buying two homes just to get one is pretty wild, but creative.

“While we’re seeing folks arriving from all over the country overpaying for Austin real estate, I’ve never heard of anyone buying a seller’s next house as an incentive,” he said. “But, honestly, it is not even that surprising.”

A three bedroom, mid-century home on a cul-de-sac in Berkeley, California, with an expansive view of the San Francisco Bay was nearly a one-of-a-kind property, said Jill Carrigan, an agent with The Grubb Company who listed it this spring.

“It ticked all the boxes for a lot of people,” she said. “I’ve never had a property with 29 offers and buyers were upping their offers without us even countering. The Bay Area is always competitive, but this was something I’d never seen before.”

Listed at $1.15 million, the home sold in two weeks for $2.3 million in cash, double the asking price.

Neither Carrigan nor the sellers, who had begun to prepare for a move to Texas, anticipated it would go for that much. But this offer was clearly impossible to pass up.

“People are getting very creative with their offers,” Carrigan said. “Sometimes, if it is a photo-finish and someone was throwing in Warriors tickets, it could be a tie breaker. But, at the end of the day, it is money and a clean offer that usually win.”

More people have been paying much more this year for a home.

The Berkeley home was just one of hundreds of homes in the US that have sold for $1 million over the asking price this spring — there were 310 of these sales nationally just in March, according to Zillow, up 74% from last year.

Buyers with the cash to offer sums that are significantly over the asking price certainly have the advantage, pushing first-time buyers and qualified homebuyers that need a mortgage further down on the seller’s list or out of the running altogether. This has served to widen the wealth gap across the US, making it next to impossible for lower income buyers to invest in a home.

But sometimes money isn’t the obstacle — other buyers are.

Brown said he sometimes learns about the primary competition through the seller’s agent. That’s when, he said, some of his buyers have paid another top buyer to walk away. In one case, he said, the buyer offered more than $100,000 to the competition.

“They are buying time and opportunity,” he said. “Seller gets a better deal. The other potential buyer gets something to walk away with and my client offers more and gets the home.”

While this kind of offer may raise some eyebrows, Brown said it works as long as all the parties know about it — both the buyers and the seller.

Pugh said in that situation, ideally all parties have some understanding of how the deal will come together, but it wouldn’t be legally necessary. Buyer one could pay buyer two to walk away and not even involve the seller, he said.

It may be small comfort to homebuyers repeatedly losing bids, but there are buyers who have taken huge swings, putting everything they have on the table, and still struck out.

Michael Perry, an agent in Salt Lake City, said one of his buyers noticed sports memorabilia while touring a home. The buyer made an offer to purchase the house, and threw in two season tickets for any local sports team, he said.

“It was a thoughtful idea, but we lost that one,” said Perry.

Even if the buyer wins the offer, sometimes the additional gift is just too odd.

In another case, Perry represented a seller with a beautiful garden. He said the winning buyer sweetened their offer by allowing the seller to continue to use the garden and backyard for up to five years after the sale. “That was a little weird,” said Perry. “But super cute of them. They won the bid, but I don’t think the sellers will take them up on it.”

There was one buyer Perry worked with who put in an offer that he thought was a grand slam: The home was listed at $1.95 million and his buyers offered $2.75 million in cash, closing in a week. Perry said his buyers offered $500,000 non-refundable earnest money upon acceptance, plus they were allowing the sellers to stay in the property for six months to a year until they found their next home.

“They gave them everything,” said Perry. “The only thing they could have added was to bring a bag of cash with the offer.”

They still lost the bid, Perry said. The sellers went with a buyer who essentially matched that offer, said Perry, which goes to show in this market, the pack is never very far behind.

“We were gutted,” he said. “I didn’t know what anything in this world meant after that.”