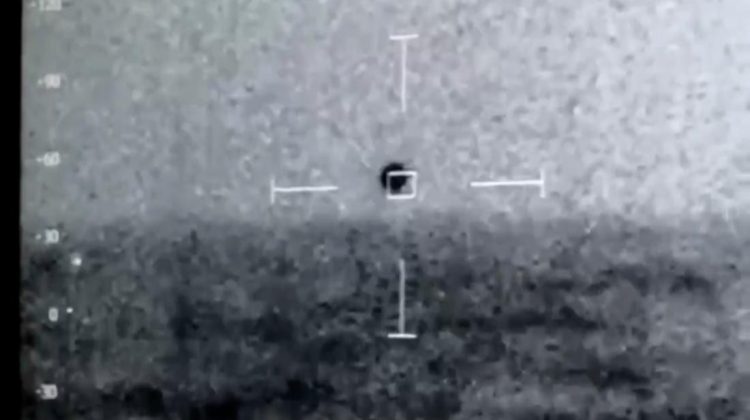 The nine-page report by the US community makes clear that more work must be done to identify these objects as “the limited amount of high-quality reporting on unidentified aerial phenomena (UAP) hampers our ability to draw firm conclusions about the nature or intent of UAP.”

Investigators were particularly stymied by a limited number of incidents where UFOs reportedly appeared to exhibit “unusual flight characteristics,” according to the report, which notes these observations “could be the result of sensor errors, spoofing, or observer misperception and require additional rigorous analysis.”

“Some UAP appeared to remain stationary in winds aloft, move against the wind, maneuver abruptly, or move at considerable speed, without discernable means of propulsion. In a small number of cases, military aircraft systems processed radio frequency (RF) energy associated with UAP sightings,” it says.

But despite that challenge, the report does conclude that these objects “clearly pose a safety of flight issue and may pose a challenge to US national security.

“Safety concerns primarily center on aviators contending with an increasingly cluttered air domain. UAP would also represent a national security challenge if they are foreign adversary collection platforms or provide evidence a potential adversary has developed either a breakthrough or disruptive technology,” it says.

Worryingly for national security professionals, the report also found that the sightings were “clustered” around US training and testing grounds. But investigators downplayed those concerns, assessing that “this may result from a collection bias as a result of focused attention, greater numbers of latest-generation sensors operating in those areas, unit expectations and guidance to report anomalies.”

Still, the Pentagon said in a statement after the report’s release that it plans to formalize the study of UFOs.

A memo from Deputy Secretary Kathleen Hicks instructed the Office of the Undersecretary of Defense for Intelligence and Security to create a formal mission for the work currently done by the UAP Task Force.

Hicks framed it as a question of national security, saying, “It is critical that the United States maintain operations security and safety at DoD ranges,” noting that many of the observations have been near military areas.

Hicks called for reports of UAP observations to be ready within two weeks of an occurrence or observation.