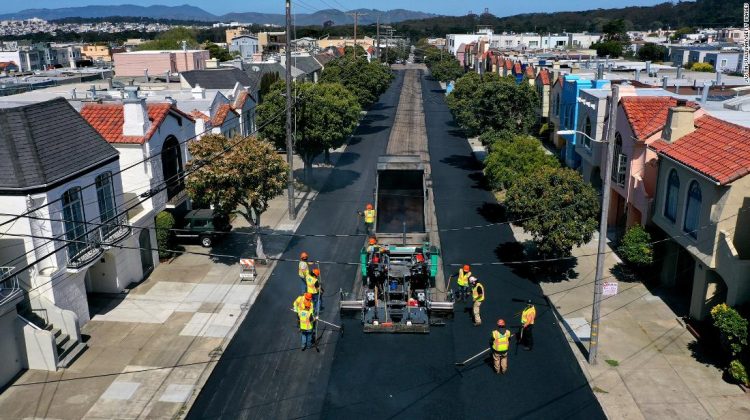 The first six months of any administration before lawmakers go home for the summer are crucial to enacting an agenda. So it’s crunch time for Biden’s effort to conclude a deal on infrastructure reform while also honoring his promise to voters to cooperate with Republicans — though they make no secret of the party’s desire to destroy his presidency.

The President has made so many concessions already that the only way for him to get liberal Democrats to agree to a bipartisan deal on roads and bridges may be to also agree to a massive $6 trillion package that includes their favorite spending items on health care, education and housing assistance.

There are hopes that after exhaustive negotiations, Republicans and Democrats can also agree on a deal to reform policing in recognition of the racial reckoning triggered by the murder of George Floyd by a police officer last year. But again, such a deal will likely be short of sweeping changes called for by liberal Democrats.

This week, Republicans are expected to kill off Senate Democrats’ massive voting rights bill — a defeat that would increase pressure on moderate Democratic senators like Joe Manchin of West Virginia to agree to rip up rules requiring a supermajority for big legislation.

Many liberals fear that if they cannot overrule Republican state laws that discriminate against Black voters especially, it will be much harder for a Democrat to win the presidency in 2024. But there’s little sign of help from Manchin, who comes from a state where 70% of voters chose Trump in two elections.

This all goes to show that in the US political system, a party can control the White House, the Senate and the House of Representatives and still bemoan its relative lack of political power.

Iran’s election and the nuclear deal

The election of a new hardline President in Iran might seem to spell disaster for US hopes of reviving an anti-nuclear deal — but not so fast.

The agreement was originally negotiated on the watch of outgoing President Hassan Rouhani, and the Trump administration’s subsequent withdrawal and imposition of harsh sanctions undermined the case of Tehran’s relative moderates for reform. Israel’s new prime minister Naftali Bennett, who would rather not see the deal revived, has said that the election of the ultraconservative Ebrahim Raisi — whom he called the “Hangman of Tehran” — should be a wake-up call to world powers “before returning to the nuclear agreement.”

But Raisi’s rise in an election boycotted by many voters may not extinguish nuclear talks. It is hard to envisage the United States coming to an agreement with such a fundamentalist force. But the authority to return to negotiations — and even the original deal — stemmed from Supreme Leader Ayatollah Ali Khamenei, who remains in power. “That person did not change from before the election until after the election,” US national security advisor Jake Sullivan said on CNN on Sunday.

The US and Iran haven’t been talking to one another for fun. Iran desperately needs the sanctions throttling its economy to be lifted. The US wants to again freeze Iran’s possible path to a bomb, and avoid military action that could spark a disastrous new Middle East war. So the rationale that got them back to talks in Vienna still exists.

The problem however is that the nuclear diplomacy doesn’t take place in a vacuum — though the Obama administration may have hoped it did when they reached the original deal without resolving other beefs between Tehran and Washington. A more aggressive Iran that seeks out direct confrontation with the US, Israel and its neighbors could sour the diplomatic climate for talks. And it will certainly be tough for the Biden administration to sell any agreement with Raisi’s government to skeptics in Washington.

But from Iran’s point of view, the path back to the nuclear agreement may still founder on an inability to trust the US — not just because of an effective 40 -year Cold War — but because of the possibility that a future Republican President might trash it again. In that sense, a new nuclear pact is as likely to be derailed by hardliners in Washington as those in Tehran.