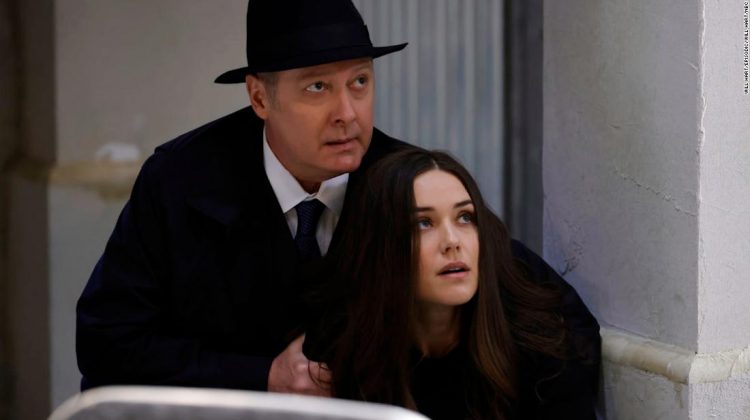 The second-to-last episode offering a gauzy black-and-white trip through Keen’s personal history, which had long been shrouded in questions about her lineage. The finale was ostensibly supposed to give James Spader’s shadowy Raymond Reddington a chance to clear up the loose ends regarding his role in all that, but instead, ended with Keen catching a bullet, not him as he had planned.

Once again, the program teased the audience with answers, with Reddington promising Keen a letter — to be handed over after his death — that would explain “who I am and why I came into your life.”

“I think we can both agree it’s long past time,” she told him, which exhibits a gift for understatement. But then she died (barring some other fantastic wrinkle) before receiving the explanation she had sought.

Throughout its run, the NBC series kept setting up “revelations” before finding creative ways to expand upon them and kick the can a little further down the road, a tactic that worked well enough the first few seasons but began to yield diminishing returns.

Like any network drama steeped in mythology (“The X-Files” comes to mind), the procedural case-of-the-week format lost its luster as the clues and red herrings piled up, until “The Blacklist” went from a hit to (mostly) an afterthought, certainly in terms of its declining ratings.

Even so, the show still harbored enough value for NBC to renew it for a ninth season, an announcement that came before Deadline reported that Boone would be leaving at the end of this seaso. That already invited questions about how the series will continue — and what doors will be left to open — without its original lead, who has served as the spine of its underlying mystery.

The finale offered little clarity about that, especially with the other major character, Reddington, claiming to be on his last legs due to a terminal illness.

Reddington appeared genuinely shocked and devastated at the end, and since Keen never had the opportunity to crack open that envelope, there are presumably other stories and secrets left to tell.

“The Blacklist,” however, has seemingly been living on borrowed time for a while, making the prospect of returning to find out without Boone almost as unappealing as the season finale turned out to be. And while it’s possible Reddington will get a second opinion, the show itself doesn’t deserve one.