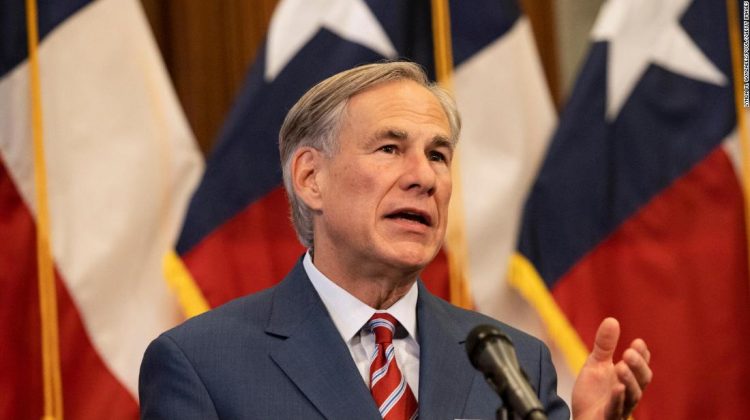 Abbott’s office did not release the agenda items for the special session, but said they will be announced prior to its start. The Republican governor has promised to revive a slew of new voting restrictions effectively killed by Democrats during the regular legislative session, tweeting late last month that he would be adding “election integrity” to a list of topics lawmakers will address.
Last week, Abbott vetoed a portion of the state budget that funds the Texas Legislature. The move came weeks after House Democrats walked off the state House floor, leaving majority Republicans without the quorum they needed to approve the bill, SB 7, before a midnight regular legislative session deadline — a move that triggered the election reform bill’s expiration.

Republicans in Texas have sought to join Florida, Georgia and other GOP-controlled states that have seized on former President Donald Trump’s lies about the 2020 election and adopted new restrictions that will make it harder for some of their residents to vote.

It’s not clear whether, once the agenda is set, Republicans will enter the special session set on approving SB 7 as it’s currently drafted or will seek to make further changes.

The measure would have made mail-in voting more difficult by requiring voters to supply more information, prohibiting local elections officials from sending out absentee ballot applications to anyone who has not requested one or from working with get-out-the-vote groups that are encouraging Texans to vote by mail. It also would have prohibited the after-hours and drive-through options that voting rights advocates said helped Black and Latino voters in the Houston area cast their ballots in the 2020 election.

The bill would have required all weekday early voting to take place between 6 a.m. and 9 p.m. — prohibiting Houston from again offering a 24-hour early voting opportunity. And it would have barred early voting on Sundays before 1 p.m., which effectively limits the “souls to the polls” get-out-the-vote efforts that are popular among Black churches.

SB 7 would also have made it easier to overturn an election, allowing courts to throw out results if enough ballots were cast illegally that it could have made a difference — rather than proving that fraud actually altered the outcome of a race.

The bill also includes language to impose $1,000-a-day fines on local election officials who do not follow prescribed procedures to update their voter rolls, and criminal penalties on election workers who obstruct poll-watchers. Those partisan poll-watchers would have seen their power expanded, allowing them to be “near enough to see and hear” election activity. The bill did, however, mandate that the poll watchers take an oath promising not to harass or disrupt voters or the voting process.

CNN’s Eric Bradner and Dianne Gallagher contributed to this report.