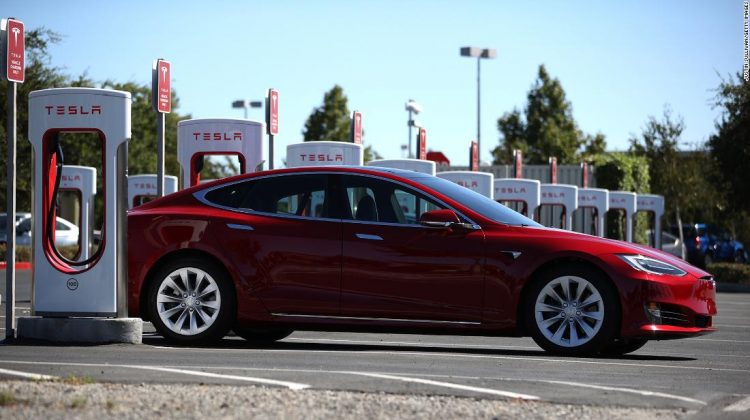 Tesla (TSLA) shares are nearly 25% below their all-time high set earlier in the year, and down 2% for 2021 to date -— a time when traditional automakers are surging as they ramp up electric vehicle ambitions.
Ford (F) stock is up nearly 75%, putting it in the top 10 of the S&P 500 in 2021. The company unveiled its electric F-150 Lightning truck last month and also told investors that it now expects electric vehicles to account for 40% of global sales by 2030.

It seems investors are a bit infatuated with these legacy Big 3 automakers as they look to rapidly expand their electric car offerings to catch up with Tesla.

Tesla is still growing incredibly quickly. Analysts expect earnings per share to more than double this year and increase at an average rate of about 45% annually over the next few years.

Yet Tesla is one of the most polarizing stocks on Wall Street.

Skeptics have many questions about Tesla and Musk

The consensus target price for Tesla stock from analysts is $652, about 6% lower than its current price.

Tesla critics have a pile of worries to point to. A notable short seller who was featured in “The Big Short” is betting against the company. Concerns about Tesla’s management bench sprung up after longtime executive Jerome Guillen abruptly left earlier this month — especially since CEO Elon Musk is also busy running SpaceX.
And Musk’s obsession with bitcoin and dogecoin, along with other extracurricular activities like hosting Saturday Night Live and constantly tweeting, might be a turnoff for some investors and analysts.

Still, there is no denying that the company has plenty of ardent fans, and its vehicles have grabbed plenty of positive headlines this week alone.

For example, Cars.com (CARS) announced earlier this week that Tesla’s Model 3 was ranked first in its American-Made Index, which measures how much a vehicle contributes to the US economy based on factors such as domestic factory jobs, manufacturing plants and parts sourcing.

The Model 3 edged out Ford’s Mustang for the top spot, and Tesla’s Model Y also ranked third on the list. Shares of Tesla rallied more than 5% Wednesday following the news.

The stock gained even more ground Thursday after Musk tweeted the night before that Tesla investors might get preferential treatment to buy shares of SpaceX-owned Starlink if SpaceX eventually decides to spin off the satellite internet service in a few years.

So even though Tesla’s stock is still in the red this year, shares have quickly clawed back much of their 2021 losses after a more than 12% surge in the past five days.

Tesla is nothing if not volatile.