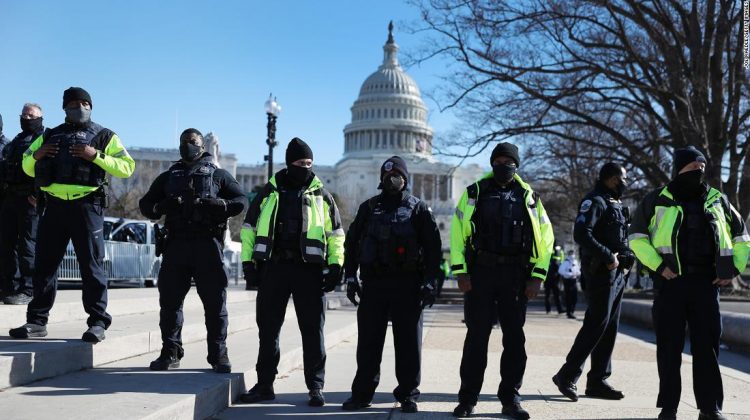 Bryan Ivey, 28, pleaded guilty to the single misdemeanor during a virtual hearing in DC District Court. The plea bargain doesn’t include a sentencing recommendation, and Ivey’s punishment will be decided by Judge Christopher Cooper on September 28. Technically, Ivey could face up to six months in jail on this charge, though it’s likely he gets much less or no jail at all.

He has agreed to pay $500 to help repair damages to the Capitol, which has become the standard fine for rioters pleading to misdemeanors.

Prosecutors have revealed relatively few details about Ivey’s activities on January 6. They said he entered the Capitol building through a window that was smashed by a member of the Proud Boys, and that a “close personal contact” called the FBI after seeing footage of the incident. They also said Ivey spent about 30 minutes inside the Capitol, mostly spent in the rotunda.

He answered a series of procedural questions at the brief hearing, admitting his misconduct.

“Did you knowingly enter the Capitol on January 6, knowing that it was impermissible for you to do so?” Cooper asked the defendant. “Yes, your honor,” Ivey replied, in a monotone.

There is no indication that Ivey is cooperating with prosecutors in any meaningful way or helping their investigation into other rioters.

He isn’t accused of conspiring with other rioters, attacking police, or destroying property. He pleaded guilty to a single misdemeanor charge and could avoid jail. Federal prosecutors recently recommended probation in a similar case involving a nonviolent rioter from Indiana.

Four other rioters have pleaded guilty. Two pleaded to felonies and could face years in prison, including a supporter of the Oath Keepers who brought bear spray into the Capitol, and another rioter who breached the Senate chamber. Another two rioters, a Virginia couple who carried anti-vaccination signs in the Capitol, pleaded to a single misdemeanor charge, similar to Ivey.

Ivey is one of at least 14 people from Tennessee charged in the Capitol insurrection, according to CNN’s tally. There are nearly 500 defendants, hailing from 43 states and Washington, DC.