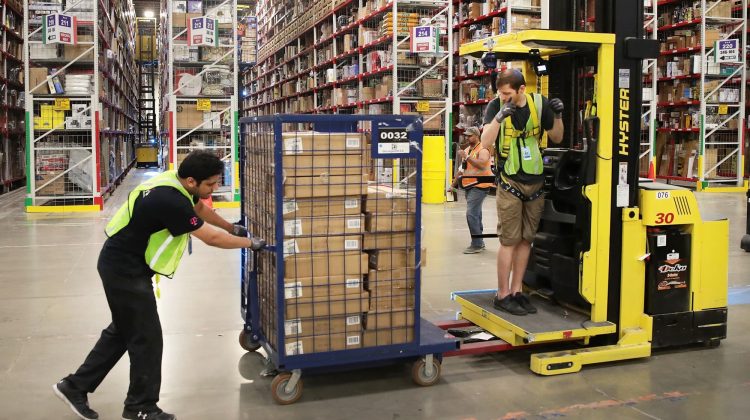 One of the largest labor unions in the U.S. will vote Thursday on a sweeping plan to organize Amazon warehouse workers and drivers.

As part of an initiative called “The Amazon Project,” the Teamsters plan to create a special Amazon division within its ranks that will fund and assist workers with organizing, according to a copy of the resolution, which was previously reported by Vice. The resolution is expected to pass.

The vote comes just a few months after a failed effort to unionize one of Amazon’s warehouses in Alabama. In April, workers at Amazon’s Bessemer, Alabama, warehouse voted overwhelmingly against unionization, with fewer than 30% of the votes tallied in favor of joining the Retail, Wholesale and Department Store Union.

Amazon has long been a target of major labor unions, with the Teamsters, the United Food & Commercial Workers Union and the RWDSU quietly meeting with warehouse and delivery workers. The coronavirus pandemic, the explosion of Black Lives Matter protests last summer and rising concerns around workplace safety fueled further interest in organizing Amazon warehouses.

Unionizing Amazon’s workforce would be an uphill battle. The company has managed to head off major labor unions since its founding in 1994. Labor unions have organized some of Amazon’s European workforce, but no U.S. facility has successfully formed or joined a union.

Amazon has repeatedly come under fire for its working conditions, including its injury rates and productivity requirements. Delivery drivers have also voiced concerns about the demands of the job.

“The International Brotherhood of Teamsters recognizes that there is no clearer example of how America is failing the working class than Amazon,” according to a copy of the resolution obtained by CNBC. “From its start as a book retailer, Amazon has grown to become an ecommerce giant and has disrupted industry after industry and displaced hundreds of thousands of jobs.”

Since the Bessemer vote, additional organizing efforts have sprung up across the country. The RWDSU has previously said more than 1,000 workers contacted the union about organizing their own workplaces. Workers have also launched grassroots advocacy groups, such as Amazonians United Chicagoland.