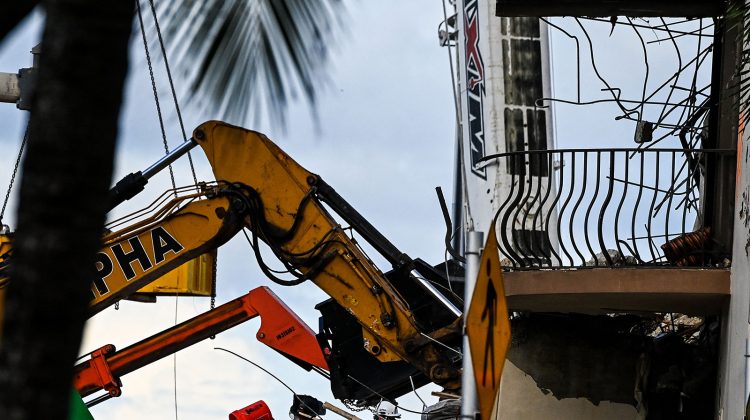 A Surfside town official assured residents of Champlain Towers South that their building was “in very good shape” at a November 2018 meeting, NPR reported Sunday — even though the official had received a report warning of “major structural damage” to the tower two days earlier, according to emails released by the town and reviewed by CNN.

Rosendo Prieto, who worked as the town’s building official at the time, made the comments at a meeting of the tower’s condo association more than two years before the building’s collapse, according to NPR, which said it had obtained minutes from the meeting.

“Structural engineer report was reviewed by Mr. Prieto,” the minutes cited by NPR said, in an apparent reference to a 2018 report from structural engineer Frank Morabito, which detailed cracking and dilapidating concrete in the parking garage underneath the tower, among other significant issues. “It appears the building is in very good shape,” the minutes noted, according to NPR.

A resident of the condo, Susana Alvarez, told NPR’s “Weekend Edition Sunday” that she attended the Nov. 15 meeting and remembered a representative of the town saying, “the building was not in bad shape.”

Emails released by the town confirm Prieto attended the meeting. Prieto has not responded to requests for comment from CNN.

Two days before the meeting took place, on Nov. 13, 2018, a member of the condo board, Mara Chouela, forwarded Prieto a copy of the structural engineer’s report, according to an email released by the town on Saturday.

And the day after the meeting, Prieto sent another email to Guillermo Olmedillo, the former town manager, saying the condo board meeting “went very well.”

“The response was very positive from everyone in the room,” Prieto wrote in the Nov. 16 email, which was released by the town Sunday evening. “All main concerns over their forty year recertification process were addressed.”

He wrote that the building — which was built in 1981 — didn’t have to start the recertification until 2021, “but they have decided to start the process early which I wholeheartedly endorse and wish that this trend would catch on with other properties.”

It’s unclear how much work had been done to repair the building before its collapse – or whether the issues identified in the 2018 report contributed to the disaster. Morabito Consultants, the engineering firm that produced the report, said in a statement Saturday that the condo association hired it in June 2020 to prepare plans for the 40-year restoration, and that “roof repairs were underway, but concrete restoration had not yet begun” when the building fell.

Prieto no longer works for Surfside and currently serves as the interim building official for Doral, another city in Miami-Dade County, according to the Doral website and a county document.