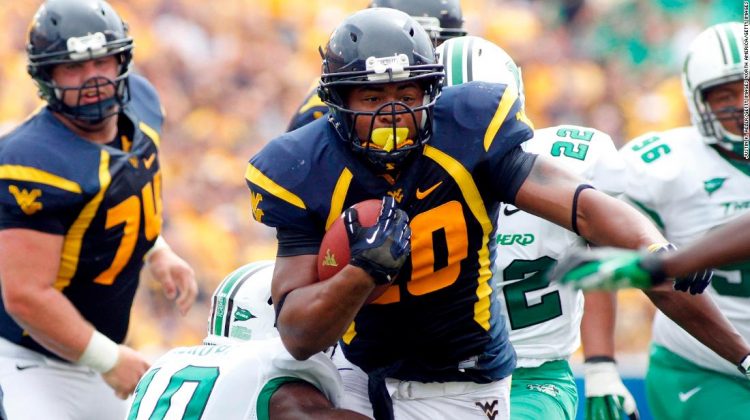 Stories about high school athletes being plucked from poor neighborhoods and poverty, teleported to a grassy college campus, then told: “Adjust!”
Stories about running backs and point guards who wear university jerseys on the field or the court that sell for $150 at the campus bookstore, but who can’t afford a $3 hamburger at the student center. Stories about student athletes who “pass” class after class as long as they average 20 points per game, but who are functionally illiterate.

It’s the nasty stuff no college sports fan wants to talk about, because it interferes with the joyful fiction that the athletes we root for are playing for the love of competition and college. We like the innocence of cheerleaders and pep bands and the concept of a fresh-faced quarterback throwing a deep sideline bomb to win the big game.

When on Monday the US Supreme Court unanimously ruled that the National Collegiate Athletic Association cannot bar modest education-related payments to student-athletes, it was a smackdown of the hackneyed NCAA argument that the purity and ethics of sport were at risk of being permanently eroded.

The court’s decision — which backed a previous lower court ruling allowing schools to provide a range of greater academic-related perks to Division I football and men’s and women’s basketball players (including scholarships for advanced degrees and items such as laptops and musical instruments) — was long overdue and celebrated across the social media landscape as a well-earned victory for “amateur” athletes.

It is not nearly enough.

College athletes, meanwhile, get … what? “A free education,” the NCAA talking heads will tell you. Which, of course, is wonderful and potentially life changing. But it comes attached to certain, um, not-so-free conditions …

— We will give you a scholarship, and in exchange we will plaster your likeness all over the place and pay you nothing for doing so.

— We will give you a scholarship, and in exchange we will sell your apparel for ridiculous sums of money, none of which you will ever touch.

It’s a scam, a way of taking young men and women — so many of whom are Black and Brown — for all they’re worth in the name of so-called “amateurism.” And while the Supreme Court reached a righteous conclusion, it was merely a small step forward.

Wanna make things right? Pay college athletes a salary that directly correlates to the financial benefits they provide a school.