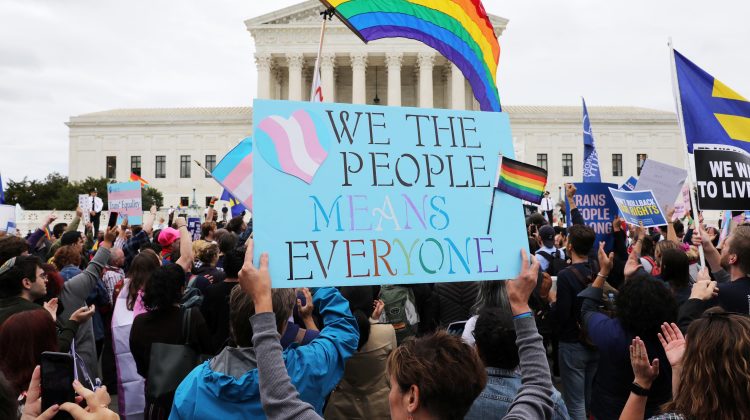 The Supreme Court on Thursday delivered a unanimous defeat to LGBT couples in a high-profile case over whether Philadelphia could refuse to contract with a Roman Catholic adoption agency that says its religious beliefs prevent it from working with same-sex foster parents.

Chief Justice John Roberts wrote in an opinion for a majority of the court that Philadelphia violated the First Amendment by refusing to contract with Catholic Social Services once it learned that the organization would not certify same-sex couples for adoption.

“The Free Exercise Clause of the First Amendment, applicable to the States under the Fourteenth Amendment, provides that ‘Congress shall make no law . . . prohibiting the free exercise’ of religion,” Roberts wrote.

“As an initial matter, it is plain that the City’s actions have burdened CSS’s religious exercise by putting it to the choice of curtailing its mission or approving relationships inconsistent with its beliefs,” he added.

Under longstanding Supreme Court precedents, laws that are neutral to religion and generally applicable can be consistent with the Constitution, even if they burden religion. But Roberts said that the city’s nondiscrimination policy was not generally applicable, citing Philadelphia’s ability to grant exemptions from it.

“No matter the level of deference we extend to the City, the inclusion of a formal system of entirely discretionary exceptions” in its standard foster care contracts “renders the contractual nondiscrimination requirement not generally applicable,” Roberts wrote.

Roberts wrote that Philadelphia failed to show that it had a compelling interest in refusing to grant Catholic Social Services an exemption from its nondiscrimination policy.

Roberts acknowledged that the city had an interest in “the equal treatment of prospective foster parents and foster children.”

“We do not doubt that this interest is a weighty one, for ‘[o]ur society has come to the recognition that gay persons and gay couples cannot be treated as social outcasts or as inferior in dignity and worth,'” Roberts wrote, quoting the 2018 case Masterpiece Cakeshop v. Colorado Civil Rights Commission.

“On the facts of this case, however, this interest cannot justify denying CSS an exception for its religious exercise,” he wrote.

Notably, Roberts’s opinion was more narrow than conservative activists were hoping for. LGBT rights supporters feared that the top court would use the case to strike down its 1990 precedent, known as Employment Division v. Smith, allowing for neutral and generally applicable laws. That precedent provides leeway for states and cities to forbid discrimination in various contexts.

Roberts’s opinion was joined by Justices Stephen Breyer, Sonia Sotomayor, Elena Kagan, Brett Kavanaugh and Amy Coney Barrett. Justices Clarence Thomas, Samuel Alito and Neil Gorsuch agreed with the result of the case but did not sign onto Roberts’s reasoning.

Alito, in a concurrence joined by Thomas and Gorsuch, panned the majority’s decision not to question the Employment Division case. Alito wrote that Roberts’s narrow reasoning will make the court’s action temporary at best.

“This decision might as well be written on the dissolving paper sold in magic shops,” Alito wrote. “The City has been adamant about pressuring CSS to give in, and if the City wants to get around today’s decision, it can simply eliminate the never-used exemption power.”

Alito wrote that in Employment Division, the court “abruptly pushed aside nearly 40 years of precedent and held that the First Amendment’s Free Exercise Clause tolerates any rule that categorically prohibits or commands specified conduct so long as it does not target religious practice.”

“Even if a rule serves no important purpose and has a devastating effect on religious freedom, the Constitution, according to Smith, provides no protection. This severe holding is ripe for reexamination,” Alito added.

Barrett, in a concurrence joined by Kavanaugh and in part by Breyer, said she found the arguments for overturning Smith persuasive, but added that “There would be a number of issues to work through if Smith were overruled.”

But, she wrote, “We need not wrestle with these questions in this case, though, because the same standard applies regardless whether Smith stays or goes.”

Barrett said that even before Smith, laws that burdened religious exercise face strict scrutiny if they give discretion to government officials to make individualized exemptions.

“And all nine Justices agree that the City cannot satisfy strict scrutiny. I therefore see no reason to decide in this case whether Smith should be overruled, much less what should replace it,” Barrett wrote.

The court’s decision in the case, Fulton v. City of Philadelphia, No. 19-123, reverses the opinion of the 3rd U.S. Circuit Court of Appeals, which sided with Philadelphia.