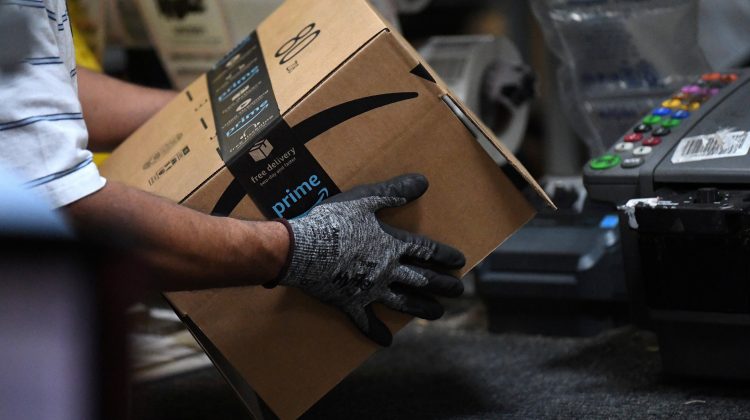 A worker assembles a box for delivery at the Amazon fulfillment center in Baltimore, Maryland, U.S., April 30, 2019.

Amazon sellers who had hoped for an easier Prime Day after 2020’s pandemic-driven chaos aren’t likely to catch a break this year.

The company’s two-day discount bonanza kicks off on Monday. It’s coming as the retail industry is grappling with widespread supply chain issues that are making it more challenging to stock stores and distribution centers and keep up with consumer demand.

Several cascading issues are hitting businesses at once. The global supply chain is still feeling the ripple effects of the Covid-19 pandemic, which forced many factories to shut down temporarily amid worsening outbreaks of the virus. Supply chains have been further disrupted by shortages of shipping containers and air freight capacity, along with materials like semiconductors and plastics. Labor shortages have caused major backlogs throughout the system.

A Covid-19 outbreak in the southern Chinese province of Guangdong has compounded the problem. Local officials have introduced restrictions, such as limits on vessel entry, to limit the spread of the virus. That means one of the world’s busiest ports, the Yantian International Container Terminal in Shenzen, has shrunk in available capacity.

Small- and medium-sized Amazon sellers who import their products from China are on edge as a result of global shipping snafus. Many businesses stocked up on as much inventory as they could months ahead of Prime Day.

Isaac Larian, the toy maker behind the popular Bratz brand of dolls, said his company MGA Entertainment is in good shape for Prime Day because it started planning many months ago. That planning likely paid off, as Larian said he’s now looking at hundreds of containers of goods tied up at shipping ports in Yantian, while shipments that are on their way to the U.S. are taking weeks longer than expected to arrive.

“In 42 years in this business, I’ve seen a lot of challenges, but I’ve not seen anything like this,” Larian said.

These issues are adding “increased time and cost” to the global supply chain, said Jonathan Gold, vice president of supply chain and customs policy for the National Retail Federation, a trade group.

Across the NRF’s 16,000-plus members, more than two-thirds of members said they’ve been forced to add two to three weeks to their supply chains, the NRF wrote in a recent letter to President Joe Biden calling for action on the port challenges. All NRF members reported to the group that their costs had increased as a result of the disruptions.

“It’s not just one sector that’s being harmed as a result,” Gold said. “Everyone is hurt because of it.”

Because consumer demand remains high and inventory supply is limited, items could run out more quickly than in years past. Cargo marketplace Freightos surveyed 177 small- and medium-sized businesses who sell on Amazon and found that just over 75% of them continue to experience supply chain disruptions. Nearly half of respondents said they’re expecting inventory shortages on Prime Day due to freight delays.

“People may plan for Prime Day months in advance, but most sellers… don’t have the cash to bring in the inventory three months before,” said Freightos CEO Zvi Schreiber. “They’ve got to pay for the inventory and then they’ve got to pay for the storage and they’re all working with slim margins. Now, with the shipping costs, they’re working with even slimmer margins. So, if you’ve got slimmer margins and you don’t have spare cash, you can’t just fill a warehouse three months in advance.”

Millions of small- and medium-sized businesses hawk their goods on Amazon’s third-party marketplace. The segment now accounts for more than half of Amazon’s e-commerce sales and has helped it bring in record revenue.

An Amazon spokesperson told CNBC in a statement that Prime Day 2021 will feature more deals than last year, with more than 1 million deals from small- and medium-sized businesses around the world, indicating that seller participation remains high in the event.

Additionally, more than 2.5 million consumers used a pre-Prime Day promotion to buy goods from small businesses within the first 24 hours of the offer going live. Amazon didn’t share how many merchants participated in the promotion.

“We continue to innovate and grow Prime Day to ensure our Prime members and selling partners find incredible value,” the spokesperson said.

Bernie Thompson’s business is taking it on all sides. His electronics company, Plugable Technologies, has been hurt by the shipping container shortages, along with the continued chip shortage driven by a surge in demand for electronics.

Making matters worse, Thompson estimates that about $60,000 worth of Plugable’s goods remain stuck on the Ever Given, a massive container ship that was wedged in the Suez Canal for six days in March, stalling traffic in one of the world’s busiest waterways.

As a result, Plugable has had to “severely limit” its participation during this year’s Prime Day, Thompson said. One of its top products, typically selected by Amazon as a featured Prime Day deal in the U.K., is currently stuck on the Ever Given.

“We’re about to run out of stock on that product on Amazon U.K.,” Thompson said. “There’s no way for us to have a Prime Day deal in the U.K. Our goods are on the Ever Given.”

Thompson is confident Prime Day will still draw in many brands and sellers, but participation may be “down dramatically” compared to last year, as companies may not feel confident they have enough product in stock to run deals.

Passing on Prime Day can mean missing out on a flurry of sales. While the company doesn’t break out revenue from the event, Amazon is estimated to have brought in $10.4 billion globally during last year’s Prime Day in mid-October, according to Digital Commerce 360.

Launched in 2015, Prime Day is partially designed to draw in more Prime subscribers, to promote Amazon’s products and services, and to provide a sales boost during a normally slower shopping period.

Rick Watson, CEO of e-commerce consulting firm RMW Commerce Consulting, said all of his clients, which range across the furniture, fashion, home and food and beverage categories, are experiencing supply chain disruptions but that they’re still planning to participate in Prime Day.

Watson said larger sellers could benefit more during this year’s Prime Day because they’re in a better position to secure top ad placement, such as “Lightning Deals,” which are limited-time offers that are often featured prominently on Amazon’s homepage. These ad placements are typically secured months in advance and require sellers to provide Amazon with the inventory levels for the promoted product, he added.

“If you’re going to get certain advertising, they want to know what inventory is behind it,” Watson said. “It could advantage larger sellers this Prime Day, because it’s more likely that they have the financial flexibility to make those commitments this year.”

Some sellers are already growing nervous about having enough merchandise in stock for the holiday shopping season — a crucial sales period during the year. Retailers typically start planning and ordering their inventory in the spring so that it arrives by fall.

Thompson said the global chip shortage has meant that some of his vendors are forecasting lead times as long as one year from now, which means it’s a bottleneck that could last several quarters, or into next year.