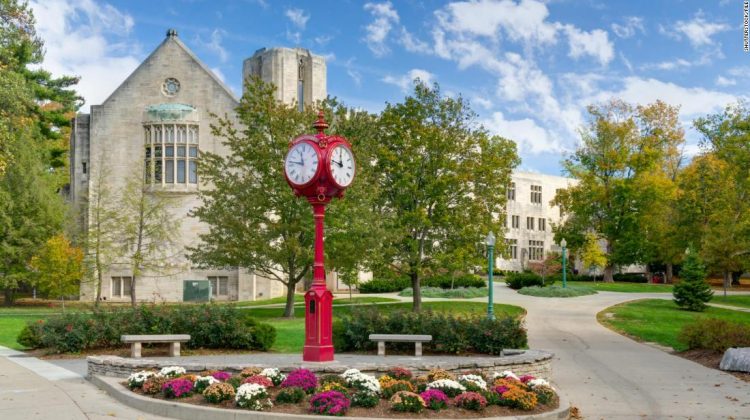 The mandate requires students, faculty and staff to be vaccinated or get an exemption for religious or medical reasons before starting the fall term.

The eight students filed a lawsuit Monday in US District Court in Indiana asking a judge to prevent the school from enforcing it, saying it is in violation of the 14th Amendment and state law.

After Rokita’s announcement the school changed the policy from requiring students to upload documentation of their vaccine status to having to fill out an online form.

University officials said the new policy will not change.

“The requirement for all Indiana University students, faculty and staff to be fully vaccinated before the return to school in August remains in place,” Indiana University spokesperson Chuck Carney said Tuesday. “As part of IU’s response to the ongoing pandemic, the vaccine mandate is helping to support a return to safe and more normal operations this fall. The university is confident it will prevail in this case.”

Six of the students have received exemptions based on religious beliefs. The other two don’t qualify for exemptions, the lawsuit says. Several of the plaintiffs also object to mask requirements and other measures for unvaccinated students.

“IU’s Mandate violates the constitutional rights of IU’s students,” James Bopp Jr., a lead attorney for the plaintiffs, said in an online news release. “It requires all IU students without any meaningful exemptions to take the COVID vaccine.

“In fact, no other government entity, not the FDA, not the CDC, not the State of Indiana, not any county government, and not any other Indiana public university, requires a COVID vaccination.”

The plaintiffs are suing the school’s board of trustees.

Recently a federal judge in Texas dismissed a lawsuit against Houston Methodist Hospital by employees who opposed a Covid-19 vaccine mandate as a condition of employment.

US District Court Judge Lynn Hughes ruled against Jennifer Bridges and 116 of her hospital coworkers.

“Methodist is trying to do their business of saving lives without giving them … COVID-19,” Hughes wrote in the dismissal of the lawsuit.

“It is a choice made to keep staff, patients, and their families safer. Bridges can freely choose to accept or refuse a COVID-19 vaccine; however if she refuses she will simply need to work somewhere else.”

Hospital spokesperson Gale Smith told CNN on Tuesday that 153 employees either resigned in the two-week suspension period that began June 8 or were terminated Tuesday.