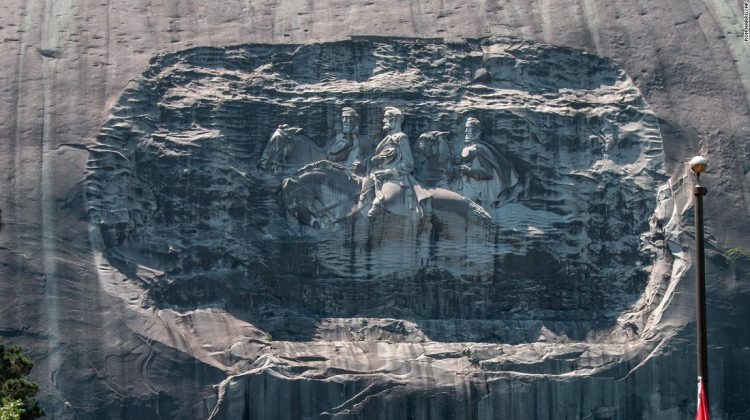 This weekend, Stone Mountain, Georgia, will hold its first Juneteenth celebration and honor the end of slavery.

“What we are actively trying to say is: Things have changed, things have evolved,” said Stone Mountain Mayor Pro Tem Chakira Johnson.

The Atlanta suburb of about 6,300 people borders and shares its name with one of the state’s biggest tourist attractions, Stone Mountain Park — a property that has attracted controversy for years over its massive carving depicting Confederate leaders on horseback and its history as the site of the rebirth of the Ku Klux Klan in 1915.

“In prior years, the KKK was able to march down the same streets that we will now shut down and hold a Juneteenth festival in honor of enslaved ancestors,” Johnson said.

On Thursday, President Joe Biden signed a bill establishing June 19 as a US federal holiday.

“By making Juneteenth a federal holiday, all Americans can feel the power of this day and learn from our history — and celebrate progress and grapple with the distance we’ve come (and) the distance we have to travel,” Biden said.

Juneteenth commemorates the moment in 1865 when news of emancipation reached the enslaved people of Galveston, Texas.

The holiday has long been observed mostly by Black Americans, but the police killing of George Floyd last year and the momentum generated by the Black Lives Matter movement put the holiday into focus.

Gloria Brown, 80, has lived in Stone Mountain all her life and remembers when men in white robes would descend on her town each summer on the way to the nearby park.

Brown says her father encouraged her to not be afraid, telling her that one day she will be able to sit anywhere on buses and attend any school no matter her skin color.

“You’ll see. You’ll be able, if not you, your children,” Brown recalled her father told her.

DeKalb County Commissioner Mereda Davis Johnson, who represents the county that encompasses Stone Mountain, led the efforts to make Juneteenth a county-wide holiday. For her, the holiday is a much needed symbol of inclusiveness in the city.

In recent years, the city has become the center of tensions as separate groups marched in favor or against the removal of the Confederate monument.

Gabrielle Rogers grew up visiting the park during school or church trips and says she didn’t realize how “disrespectful” the monument was until she understood the history behind it.

For the past year, Rogers has been calling for changes to the park and co-founded the grassroots group Stone Mountain Action Coalition.

“I would like to see the diversity and inclusivity of the whole entire story,” Rogers said. “They tell part of the story of the Confederacy, but not all of it.”

Last month, the park’s board announced it will be developing a new exhibit to “to tell the warts and all history of the Stone Mountain carving,” and moving the park’s Confederate Flag Plaza, which includes a Confederate battle flag among others, from the bottom of the trail that leads to the top of the mountain.

Many critics have said the announced changes are not enough and want the carving removed.

“If I had my way it would be blasted,” Davis Johnson, the county commissioner said.

But the carving is currently protected by Georgia law, which states that “the memorial to the heroes of the Confederate States of America graven upon the face of Stone Mountain shall never be altered, removed, concealed, or obscured in any fashion and shall be preserved and protected for all time as a tribute to the bravery and heroism of the citizens of this state who suffered and died in their cause.”

While debate over the carving may not be settled yet, residents in Stone Mountain like Brown hope the nation can see beyond the area’s racist history.

“Wherever you are and you say Stone Mountain, they never think about nothing but the Klan,” Brown said. “There is another side to Stone Mountain.”