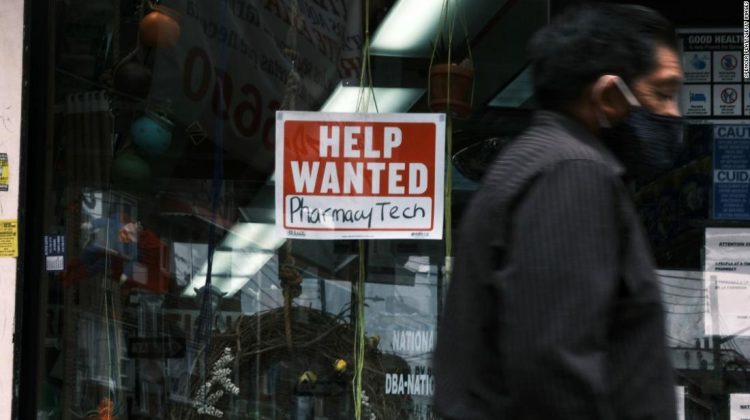 The Back-to-Normal Index created by CNN Business and Moody’s Analytics stands at 93% as of June 18, a new pandemic-era high.

The latest reading shows that America is inching closer to “normalcy,” but the last mile will be tough. Although various states have done away with pandemic-era restrictions, life as it used to be hasn’t fully resumed.

In fact, the pandemic may have changed some fundamentals of the economy in ways that mean it’s never going back to “normal.”

For example, many people are still working from home and might continue to do so indefinitely. While some companies are ordering their staff to return to the office, others are adjusting to a new normal of more remote work and a more geographically diverse workforce.

Travel is another component of the Back-to-Normal Index that might be changed forever. People are excited to vacation again as vaccination rates rise across the United States and countries around the world reopen for tourists, but business travel might not resume in the same way.

After more than a year of making due with virtual meetings, companies might be less inclined to fly staff around the world. Moody’s Analytics doesn’t believe business travel will come back to its pre-pandemic level any time soon, which will in turn affect plane travel and the demand for oil as well.

“We’re tracking the return to something we might not get back to,” Matt Colyar, associate economist at Moody’s Analytics, told CNN Business.

Claims for unemployment benefits are still about double what was considered normal before Covid. They “are still sky high and they have to come down,” Colyar said.

States that were hit particularly hard by the pandemic — such as economic powerhouse New York — still have much more room to improve compared to other parts of the country. They will likely remain a drag on the index.

That doesn’t mean the US economy won’t regain its pre-pandemic size and strength. In fact, the speed of the rebound is without modern precedent. But we’re heading for a new kind of “normal.”

For the Back-to-Normal Index to hit 100%, some components will need to make up even more ground while others lag.

Investor insight: The features and characteristics of this new economy have major implications for investors. Figure out the growth areas, and you can identify the companies most likely to benefit.

A backlog at China’s ports could spoil your holiday shopping

Global trade is still a mess. My colleague Laura He reports from Hong Kong:

A coronavirus outbreak in southern China has clogged ports critical to global trade, causing a shipping backlog that could take months to clear and lead to shortages during the year-end holiday shopping season.

The chaos began unfolding last month when authorities in the southern Chinese province of Guangdong canceled flights, locked down communities and suspended trade along its coastline to bring a rapid spike in Covid-19 cases under control.

The rate of infections has since improved, and many operations have restarted. But the damage has been done.

The latest: Yantian, a port about 50 miles north of Hong Kong, handles goods that would fill 36,000 20-foot containers every day. It was shut down for nearly a week late last month after infections were found among dock workers. While the port has reopened, it is still operating below capacity, creating a huge backlog of containers waiting to leave and ships waiting to dock.

The congestion in Yantian has spilled over to other container ports in Guangdong, including Shekou, Chiwan, and Nansha. All of them are located either in Shenzhen or Guangzhou, the fourth and fifth largest comprehensive container ports in the world. The domino effect is creating a huge problem for the world’s shipping industry.

The Yantian backlog “is adding extra disruption on an already stressed out global supply chain, including the significant seaborne leg of it,” said Peter Sand, chief shipping analyst for Bimco, an association of shipowners. People “may not find all they were looking for on the shelves when shopping for Christmas presents later in the year,” he added.

China, China, China: There’s no denying that for investors to really understand the global economy, they need to be paying attention to China.

That’s why were so pleased that CNN is launching a newsletter on Monday called Meanwhile in China. Our reporters in Hong Kong, Beijing and around the world will bring subscribers three editions a week with the latest news about China’s rise, analysis on what it means for the world, and predictions on what could happen next. You can sign up by clicking here.

Friday: US personal income and spending for May; Earnings from CarMax